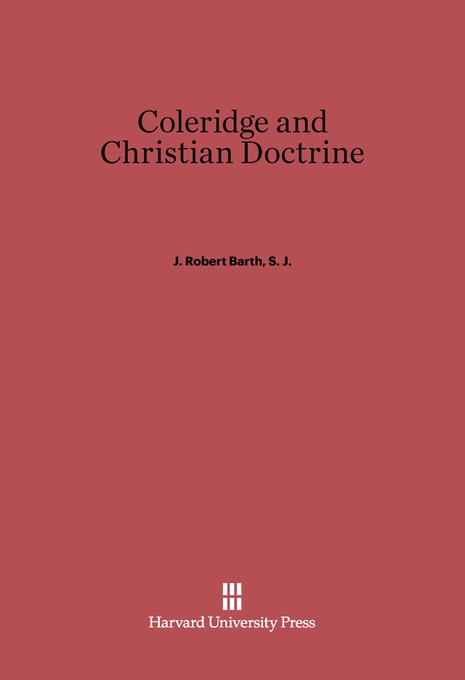 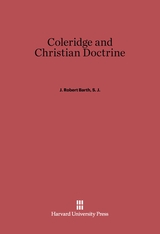 Long established as a major poet and critic of the Romantic era, Samuel Taylor Coleridge is now becoming recognized as one of the first and most original modern religious thinkers. In 1815 he wrote the Biographia Literaria, and from that time on there was in his writings a noticeable shift to nonliterary subjects, especially religion. Using all available sources in the U.S., Canada, and England, J. Robert Earth, S.J., has found Coleridge’s religious speculations in his notebooks, in such works as Aids to Reflection and Confessions of an Inquiring Spirit, in letters, in the unpublished manuscript of his “Opus Maximum,” in marginalia, and in conversations recorded by his nephew in Table Talk. Father Barth has synthesized these theological ideas and shaped Coleridge’s scattered and constantly developing religious thoughts into a coherent pattern.