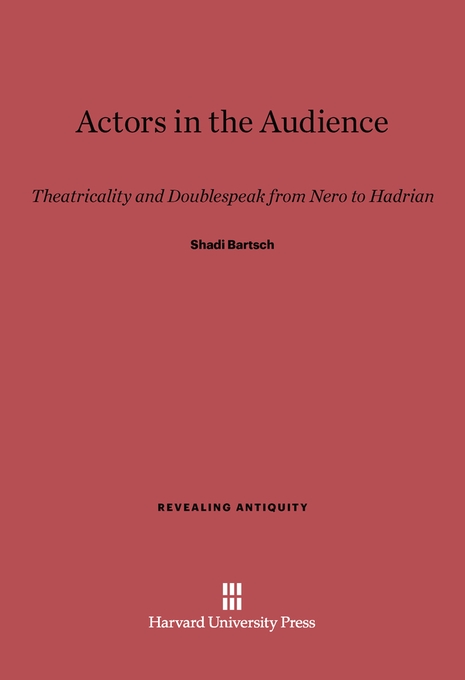 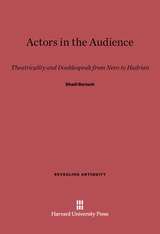 Actors in the Audience

Theatricality and Doublespeak from Nero to Hadrian

When Nero took the stage, the audience played along—or else. The drama thus enacted, whether in the theater proper or in the political arena, unfolds in all its rich complexity in Actors in the Audience. This is a book about language, theatricality, and empire—about how the Roman emperor dramatized his rule and how his subordinates in turn staged their response. The focus is on Nero: his performances onstage spurred his contemporaries to reflect on the nature of power and representation, and to make the stage a paradigm for larger questions about the theatricality of power. Through these portrayals by ancient writers, Shadi Bartsch explores what happens to language and representation when all discourse is distorted by the pull of an autocratic authority.

Some Roman senators, forced to become actors and dissimulators under the scrutinizing eye of the ruler, portrayed themselves and their class as the victims of regimes that are, for us, redolent of Stalinism. Other writers claimed that doublespeak—saying one thing and meaning two—was the way one could, and did, undo the constraining effects of imperial oppression. Tacitus, Suetonius, and Juvenal all figure in Bartsch’s shrewd analysis of historical and literary responses to the brute facts of empire; even the Panegyricus of Pliny the Younger now appears as a reaction against the widespread awareness of dissimulation. Informed by theories of dramaturgy, sociology, new historicism, and cultural criticism, this close reading of literary and historical texts gives us a new perspective on the politics of the Roman empire—and on the languages and representation of power.