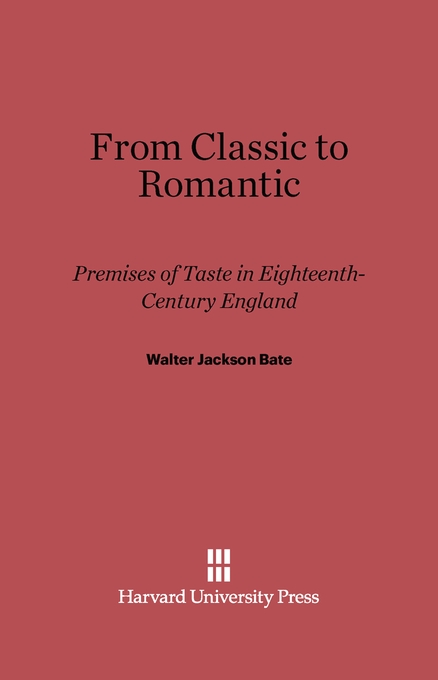 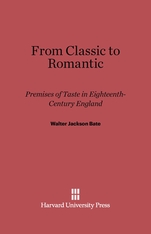 From Classic to Romantic

Premises of Taste in Eighteenth-Century England

Walter Bate’s study presents certain aspects of that most important subject, the change which took place during the eighteenth century in European conceptions of the character, justification, and aim of art. Bate points out that no transition in the history of thought has been more fundamental and pervasive than this with which he deals. Many of the assumptions underlying the art of classical antiquity and the Renaissance were gradually supplanted during the eighteenth century by more individualistic and psychological conceptions of art and taste; and these conceptions, under various names, have largely dominated our thinking about art to the present day.

Bate’s purpose is to sketch some of the more significant outlines of this evolution; to describe the preliminary premises which underlay the conception of taste or aesthetic judgment in English classicism and romanticism; and to connect the supplanting of the one by the other with the broader shift in European thought which it reflects. He shows that the change from classic to romantic premises of taste was a reflection of a larger transition—of a shift in man’s entire thinking about himself. His book holds unusual interest for readers in the fields of philosophy and of aesthetics and criticism, both literary and artistic.