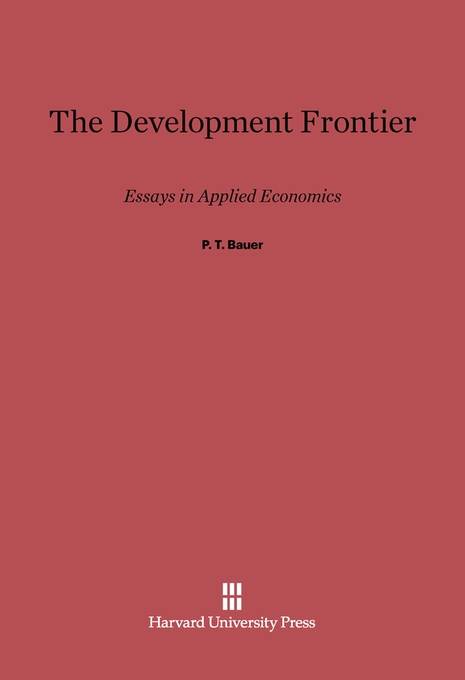 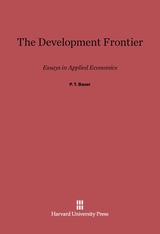 P. T. Bauer is a pioneer: from the outset his studies and reflections about economic development led him to conclusions that diverge from the mainstream. The Development Frontier illustrates his characteristic approach, in which economic analysis is allied with careful observation of the economic scene and economic processes in the less developed world. The book is further enriched by his understanding of the interplay between social and political factors and forces conventionally regarded as falling within the purview of economics.

One of Bauer’s central themes is the crucial importance of traders in transforming subsistence and near-subsistence economies into exchange economies. In contrast to the conventional view that traders are parasitic, Bauer views them as productive: they encourage new wants, convey information about new opportunities, and help producers take advantage of these opportunities. Other major topics include internal trade in less developed countries, occupational distribution and economic advance, Third World debt, price and income stabilization of primary producers, and official resource transfers (foreign aid).

Bauer presents arresting insights and graphic illustrations. He challenges the preconceptions and attitudes of nonspecialists and specialists alike, whether he is writing about the role of traders, the population explosion, Hong Kong, or the views of the late Sir John Hicks on economic history.