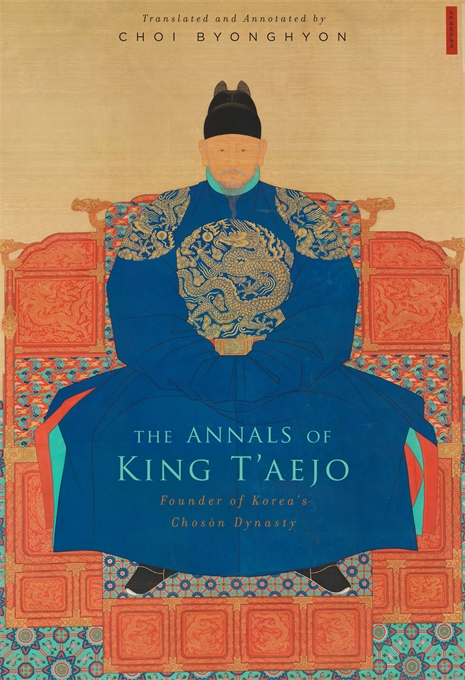 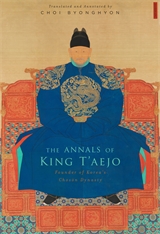 The Annals of King T'aejo

Translated with commentary by Choi Byonghyon

Never before translated into English, this official history of the reign of King T’aejo—founder of Korea’s long, illustrious Chosŏn dynasty (1392–1910 CE)—is a unique resource for reconstructing life in late-fourteenth-century Korea. Its narrative of a ruler’s rise to power includes a wealth of detail not just about politics and war but also about religion, astronomy, and the arts.

The military general Yi Sŏnggye, posthumously named T’aejo, assumed the throne in 1392. During his seven-year reign, T’aejo instituted reforms and established traditions that would carry down through the centuries. These included service to Korea’s overlord, China, and other practices reflecting China’s influence over the peninsula: creation of a bureaucracy based on civil service examinations, a shift from Buddhism to Confucianism, and official records of the deeds of kings, which in the Confucian tradition were an important means of educating succeeding generations. A remarkable compilation process for the sillok, or “veritable records,” was instituted to ensure the authority of the annals. Historiographers were present for every royal audience and wrote down each word that was uttered. They were strictly forbidden to divulge the contents of their daily drafts, however—even the king himself could not view the records with impunity.

Choi Byonghyon’s translation of the first of Korea’s dynastic histories, The Annals of King T’aejo, includes an introduction and annotations.