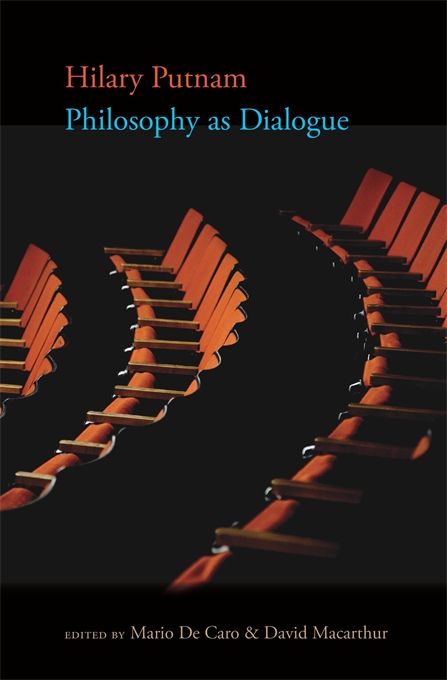 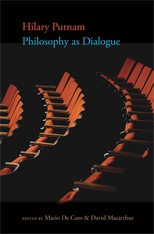 “Philosophy as Dialogue conveys on every page the generous and deep intelligence with which Hilary Putnam responded to the thoughts of other philosophers. The value of the book lies not only in the wealth of ideas expressed in it but also in how it demonstrates the open-endedness and conversational character of philosophy.”—Cora Diamond, University of Virginia

“This volume enables the reader to see Hilary Putnam, one of the greatest philosophers of the last century, in his element: in dialogue with other philosophers, both alive and dead, and with himself. On a vast array of topics—from philosophy of language to metaphysics to ethics; from varieties of realism to theism, pragmatism, skepticism, and relativism—Putnam offers incisive objections and illuminating insights. Most of all, Putnam exemplifies the mind in action, constantly reconsidering its own commitments, never satisfied, yet always in love with the activity of thinking with others.”—Paul Franks, Yale University

“This volume displays Putnam’s mastery of the art of philosophy: a life of teaching and learning, absorbed in the specific joy of self-discovery through colloquy.”—Juliet Floyd, Boston University

“The striking variety of essays testify to Putnam’s wide-ranging intellect, and his penetrating responses to fellow philosophers exemplify his belief that one of the purposes of philosophy is to ‘encounter texts which anger, provoke, inspire, transform, repulse, or all of these at once.’ Scholars will appreciate this edifying addition to Putnam’s oeuvre.”—Publishers Weekly