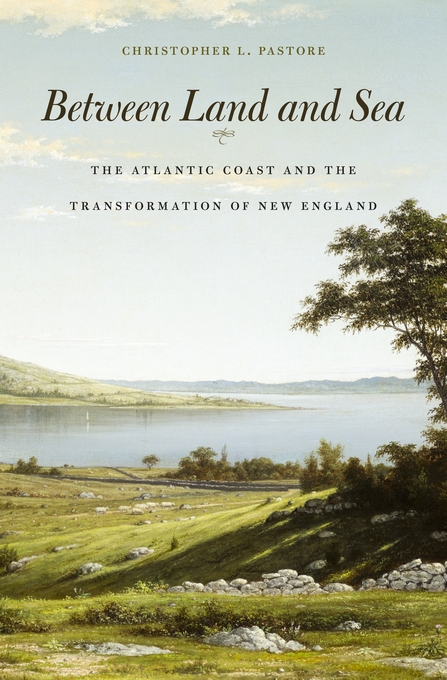 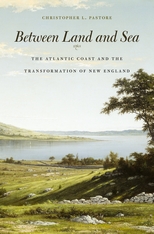 Between Land and Sea

The Atlantic Coast and the Transformation of New England

“An exceptional history that weaves broad and compelling theories with [Pastore’s] impressive, place-specific research. [Between Land and Sea] is easy to read and should be useful to professional historians interested in a wide variety of fields including environmental, colonial, maritime, and Atlantic world history, as well as to graduate and undergraduate students looking to expand their understanding of either the region or new methodological approaches to geographic-based historical investigation.”—Brian Payne, American Historical Review

“Written with grace and with admirable attention to both cultural and physical transformations, Between Land and Sea is an eminently readable (and teachable) book. It deserves a prominent place on any shelf of early American environmental histories.”—Andrew Lipman, Environmental History

“In this imaginative and remarkably well-written study of the coastal history of Narragansett Bay, Christopher Pastore offers a cautionary tale three centuries in the making… At the heart of Pastore’s project is the contention that in seeking to master the coastal Narragansett Bay space between continental North America and the Atlantic Ocean, for ostensibly rational reasons inspired by the Enlightenment and spurred by the Industrial Revolution, Rhode Islanders foisted a potential ecological and environmental catastrophe on themselves that persists to this day… Pastore adeptly integrates archaeological, biological, economic, environmental and religio-political evidence to craft a genuinely interdisciplinary argument.”—Craig Gallagher, Itinerario

“Pastore’s work [is] thoughtful, elegantly written, and clearly presented… In his hands, Narragansett Bay becomes not just an extension of the sea but also a set of ideas, attitudes, uncertainties, and ambiguities that accommodate a range of human understandings… One of the book’s greatest strengths [is] its ability to sit comfortably, engagingly, and provocatively between the imaginary and the material… Anyone interested in coasts and margins will enjoy his examination of this small but provocative place.”—Matthew McKenzie, Journal of American History

“Written with panache and startling flashes of insight, [Between Land and Sea] succeeds in illustrating the hidden perils of ordering a coastal landscape. It is also successful in drawing together the methodologies of historical geography and environmental history, and in piloting both disciplines into uncharted waters… Pastore’s book treats terra firma and terra aqua as a single ecosystem, which adds immeasurably to the understanding of both… As a thought-piece as well as a study in history and geography, this book has great merit.””—Richard W. Judd, Journal of Historical Geography

“Pastore ventures onto the marshes and the mudflats between them, exploring New England’s largest estuary in a fascinating, detailed, and often lyrical study of Rhode Island’s Narragansett Bay… He writes clearly and perceptively about the ways in which inhabitants shaped, and were more shaped by, these tidal waters.”—Peter H. Wood, Journal of Interdisciplinary History

“Human, animal (and oyster), and land interactions? The non-material construction of landscape? Encounters between Europeans and a new world? Humanly-induced environmental change? In this wide-ranging and finely-written book, infused with an autobiographical affection for the land and seascapes that he describes, Pastore touches all these topics and more.”—Graham Fairclough, Landscapes

“Pastore’s Between Land and Sea is a fascinating read and thought provoking on various levels. It addresses the intersection of environmental history with the maritime history of an important American historical location. It is scholarly in nature, yet quite readable, and at times, entertaining. This work deserves a place on the shelf of anyone interested in ecological history, particularly that of the Narragansett Bay region, and its influence on the maritime and political history of Rhode Island.”—Louis Arthur Norton, Northern Mariner

“[An] excellent book, a creative study that sparkles with insights… With this book, Pastore will cause historians of early America to realize that they ought never to take for granted the places where their stories unfold.”—Ted Steinberg, Reviews in American History

“Between Land and Sea offers a glimpse at man’s ability and desire to exploit and change natural space. It offers a rich environmental history, clearly and concisely peering into Rhode Island’s past through the lens of its most defining physical feature. It is an essential contribution to the environmental and maritime histories of Rhode Island and Southern New England.”—Morgan Breene, Sea History

“In this highly descriptive, carefully written volume, Pastore takes a close look at the interaction between nature, humans, and the built environment with a focus on New England’s Narragansett Bay. He traces changes in climate, resources, and European settlers’ attitudes in the context of a fascinating geographic-conceptual zone that traverses the ‘unknowable’ sea to ‘uncertain’ estuaries to an ‘unknown’ inland… It was useful to read an analysis of Enlightenment scientific thought on climate and its relationship to religious attitudes of the time. Most fascinating is the juxtaposition here of the liminal space between land and sea and the liminal conceptual space between science and popular culture.”—S. Hammer, Choice

“With a writer’s flair and a scholar’s insight, Pastore has transformed the muck of the tidal zone into a splendid meditation on the historical transformation of the New England coast. This is a book for beach-combers and sailors, and for everyone drawn to the shore.”—W. Jeffrey Bolster, Bancroft Prize–winning author of The Mortal Sea: Fishing the Atlantic in the Age of Sail

“Coasts are a co-construction of man and nature. Pastore recognizes this in his brilliant reconstruction of how the shores of southern New England acquired their shape and meaning during the colonial period. This is environmental history at its very best, vividly conveyed by someone who knows the sea as well as the land.”—John Gillis, author of The Human Shore: Seacoasts in History