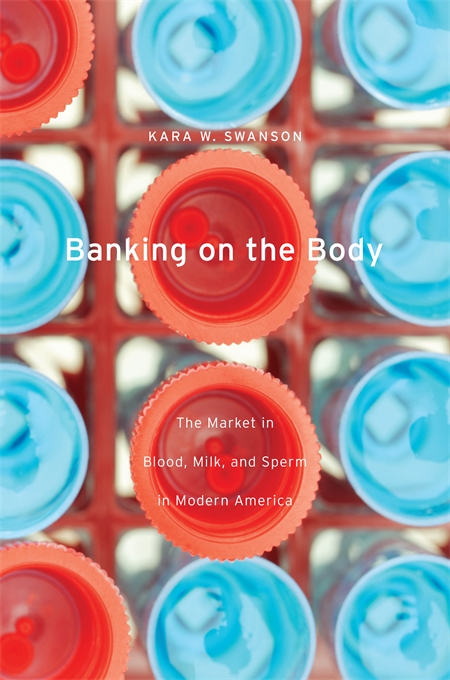 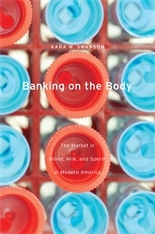 Banking on the Body

The Market in Blood, Milk, and Sperm in Modern America

Scientific advances and economic forces have converged to create something unthinkable for much of human history: a robust market in human body products. Every year, countless Americans supply blood, sperm, and breast milk to “banks” that store these products for later use by strangers in routine medical procedures. These exchanges entail complicated questions. Which body products are donated and which sold? Who gives and who receives? And, in the end, who profits? In this eye-opening study, Kara Swanson traces the history of body banks from the nineteenth-century experiments that discovered therapeutic uses for body products to twenty-first-century websites that facilitate a thriving global exchange.

More than a metaphor, the “bank” has shaped ongoing controversies over body products as either marketable commodities or gifts donated to help others. A physician, Dr. Bernard Fantus, proposed a “bank” in 1937 to make blood available to all patients. Yet the bank metaphor labeled blood as something to be commercially bought and sold, not communally shared. As blood banks became a fixture of medicine after World War II, American doctors made them a frontline in their war against socialized medicine. The profit-making connotations of the “bank” reinforced a market-based understanding of supply and distribution, with unexpected consequences for all body products, from human eggs to kidneys.

Ultimately, the bank metaphor straitjacketed legal codes and reinforced inequalities in medical care. By exploring its past, Banking on the Body charts the path to a more efficient and less exploitative distribution of the human body’s life-giving potential.