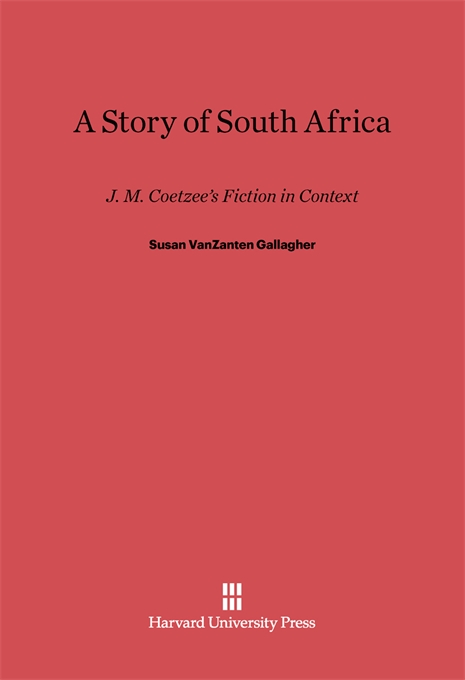 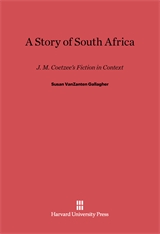 A Story of South Africa

With the publication of Age of Iron—winner of Britain’s richest fiction prize, the Sunday Express Book of the Year for 1990—J. M. Coetzee is now recognized as one of the foremost writers of our day. In this timely study of Coetzee’s fiction, Susan Gallagher places his work in the context of South African history and politics. Her close historical readings of Coetzee’s six major novels explore how he lays bare the “dense complicity between thought and language” in South Africa.

Following a penetrating description of the unique difficulties facing writers under apartheid, Gallagher recounts how history, language, and authority have been used to marginalize the majority of South Africa’s people. Her story reaches from the beginnings of Afrikaner nationalism to the recent past: the Sharpeville massacre, the jailing of Nelson Mandela, and the Soweto uprising.

As a result of his rejection of liberal and socialist realism, Coetzee has been branded an escapist, but Gallagher ably defends him from this charge. Her cogent, convincingly argued examination of his novels demonstrates that Coetzee’s fictional response is “apocalyptic in the most profound Biblical sense, obscurely pointing toward ineffable realities transcending discursive definition.” Viewing Coetzee’s fiction in this context, Gallagher describes a new kind of novel “that arises out of history, but also rivals history.” This analysis reveals Coetzee’s novels to be profound responses to their time and place as well as richly rewarding investigations of the storyteller’s art.