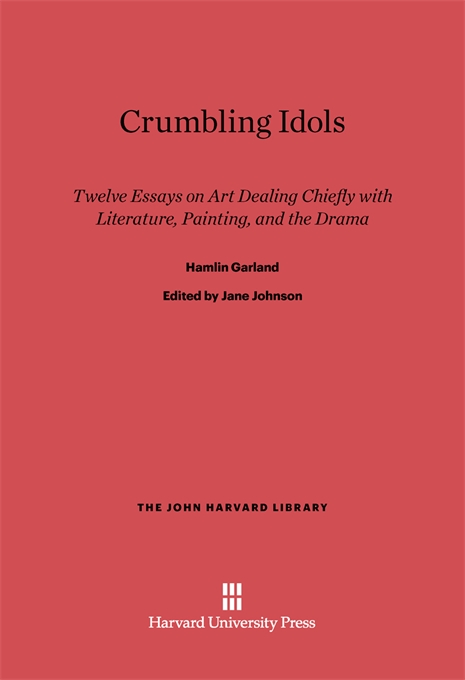 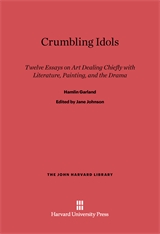 Twelve Essays on Art Dealing Chiefly with Literature, Painting, and the Drama

Crumbling Idols is a crucial document in the history of American realism. Coming from the West to Boston in order to begin his literary career and to join in various reform movements of the ’80s and ’90s, Hamlin Garland published in 1894, through the firm of Stone & Kimball (really two Harvard undergraduates), a collection of essays of prime importance. Searching for a theory of art and a form of fiction that would show American reality to Americans, Garland, contemporary of the Ash-Can school of painters, naturalistic dramatists like Herne, and realistic fiction-writers such as William Dean Howells, tried to think his way through a complex problem. His essays touch on the art of writing, local color fiction, impressionist painting, the drama of Ibsen, and other new and radical developments in a decade basic to modern art in America. Crumbling Idols is important not only to the cultural historian but also to the contemporary reader of novels.