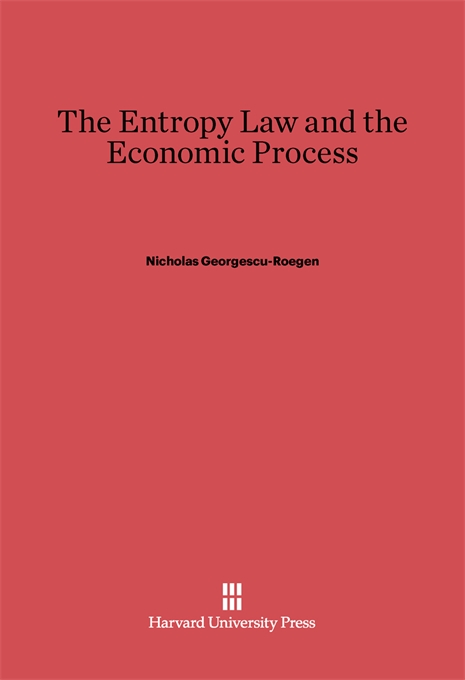 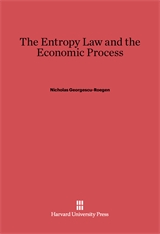 The Entropy Law and the Economic Process

The author, a mathematical economist, has been continually preoccupied not only with creating new mathematical models used in economic theorizing, but also with the delicate epistemological problem of economics. Since the publication in 1966 of his Analytical Economics: Issues and Problems there has been great demand for elaboration, expansion, and further refining of the ideas he broached in his seminal introductory essay, “Some Orientation Issues in Economics.” The result is this new volume. Its central theme is that the economic process, instead of being a mechanical analogue as traditionally represented in mathematical economics, is an entropic process.

In the ultimate analysis man struggles for low entropy, and economic scarcity is the reflection of the Entropy Law, which is the most economic in nature of all natural laws. Thermodynamics itself is presented by the author as the physics of economic value and man’s economic activity as analogous (though not identical) to that of the purposive sorting of the famous Maxwellian demon. Economic activity is in fact an extension and a complement of man’s biological evolution. In it, man can use exosomatic organs, i.e., organs with which he is not endowed biologically but which have evolved through a process of mutation, selection, and diffusion similar to that of biological evolution. For wherever there is evolution, the author argues, there is the work of the Entropy Law with its irrevocable qualitative Change. This point leads the author to an extensive examination of the limitations of arithmomorphic models in all sciences. He argues that no complete description of reality, no philosophical argument (not even that of the ultrapositivists), no creative thought can dispense with dialectical concepts and reasoning, which he views somewhat differently from Hegel. The tight-knit excursus ends with an analysis of some general economic issues, from that of the analytical representation of a process to that of social conflict. The author argues that, because of the very nature of exosomatic evolution, the social conflict will last under any regime as long as there is a human society.

Like the essay from which it grew, the present volume will interest a broad spectrum of readers.