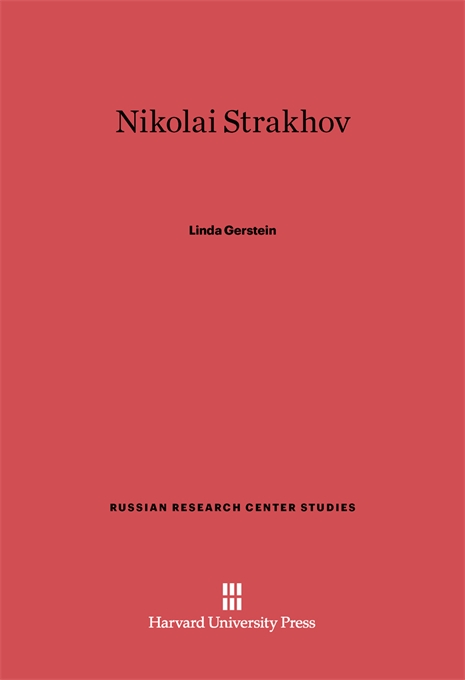 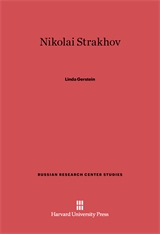 That Nikolai Nikolaevich Strakhov was always classified by his contemporaries as a “conservative” gives his life a special significance in Russian intellectual history. The myth of radical historiography has made him a victim of purposeful historical forgetfulness. In this respect he shares the fate of men like Aksakov, Danilevsky, and Katkov, indeed, of most Russian conservatives. Yet it is misleading to place him in such politically conservative company.

Strakhov was born in 1828, the same year as his great friend Leo Tolstoy and his great opponent Nikolai Chernyshevsky. His adult life spans the entire second half of the century. As a philosopher, literary critic, and journalist, he was involved in most of the major intellectual controversies of his time. He was personally close to and a major influence on the giants of the period: Tolstoy, Dostoevsky, Vladimir Solovev. One of the most penetrating thinkers of nineteenth-century Russia, he engaged in serious and often bitter debate with the leading intellectuals of Russian radicalism: Chernyshevsky, Pisarev, Mikhailovsky.

In this first full-length intellectual biography in any language of Strakhov, Linda Gerstein provides a guide both to the individual and to the amazingly complex picture of Russian intellectual life in the nineteenth century. Strakhov’s concerns, she shows, were the major concerns of his era: positivism, nihilism, materialism, the woman question, Darwinism. In all these matters he displayed a consistent intelligence and independence, unusual in that time of intellectual faddishness, that make him a rewarding figure to study.