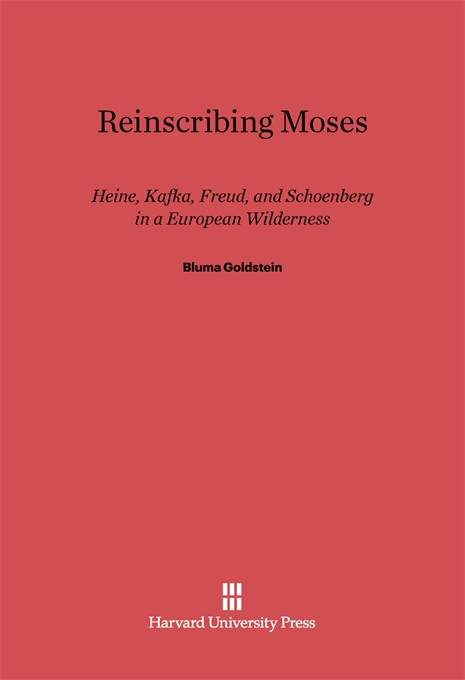 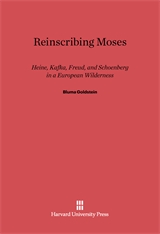 Heine, Kafka, Freud, and Schoenberg in a European Wilderness

Heinrich Heine, Franz Kafka, Sigmund Freud, Arnold Schoenberg—all were Jews who considered themselves more European than Jewish. Yet their experience of anti-Semitism and injustice undermined a full commitment to their native German or Austrian heritage. Writing about Moses—the towering architect of the nation of Israel and also the quintessential diaspora figure who wandered between bondage and liberation—the four very different writers articulated a shared quandary. Their writings about Moses are Bluma Goldstein’s focal point in her eloquent book about Jewish identity and assimilation, tradition and cultural allegiance. Skillfully blending textual interpretation, historical context, and biography, Goldstein is able to illuminate the particular meaning of these works as well as their political significance.

The writings considered here at times express despair over the dominant culture’s unfulfilled promises of emancipation and equality. Alternatively, adopting the terms of Jewish tradition, they articulate a paradigm of freedom and Jewish identity. But more often, as Goldstein shows, they do both, reflecting a continuing, albeit disillusioned, commitment to European culture and a return to Jewish heritage. Reinscribing Moses thus reveals the ways in which these texts speak with two voices, opposing injustice and oppression within the bounds of German or Austrian society and advancing the biblical story of national liberation within Jewish tradition. It will be a valuable addition to the ongoing debate over questions of Jewish as well as German heritage and identity.