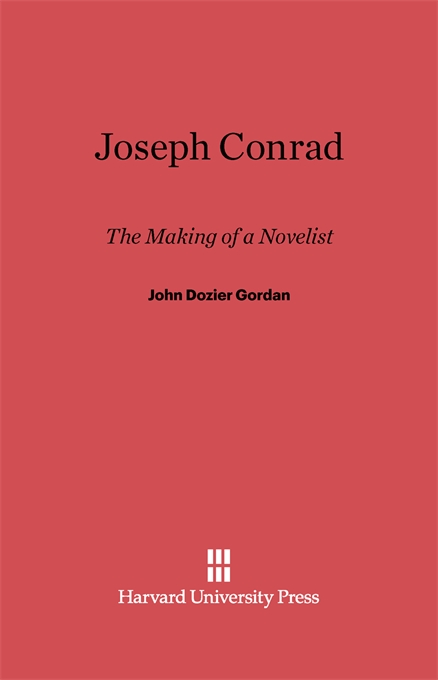 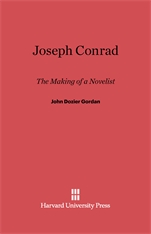 The Making of a Novelist

In this truly remarkable study, John Gordan has brought to light, so far as it is now humanly possible, Conrad’s mental and emotional processes in his literary work up to 1900. For each of the novels written during this time Gordan has made a case-history based upon all the published evidence about the progress of each and also upon new information from unpublished letters and documents. He has analyzed the personal difficulties which beset Conrad while he was making himself a professional novelist, and shows how these reacted on his writings. By a careful study of the manuscripts of Almayer’s Folly, of The Nigger of the Narcissus, and of Lord Jim, he has traced the gradual evolution and perfecting of Conrad’s style through manuscript, typescript (when it existed), serial, first, and definitive editions. Finally, he has examined a large number of English, French, and American reviews of these early volumes to show how Conrad pleased and displeased the taste of his time and how the attitude of the public affected Conrad’s own writings. Gordan has, it is evident, left no stone unturned in his search for material about Conrad, much of which has never before been available to any investigator. Most interesting of all, perhaps, is the first-hand knowledge that he obtained on a journey to Borneo in the summer of 1939, when he questioned the descendants of people whom Conrad had known there and had put into his stories. All lovers of Conrad’s stories and all students of the art of writing, will find the book indispensable.