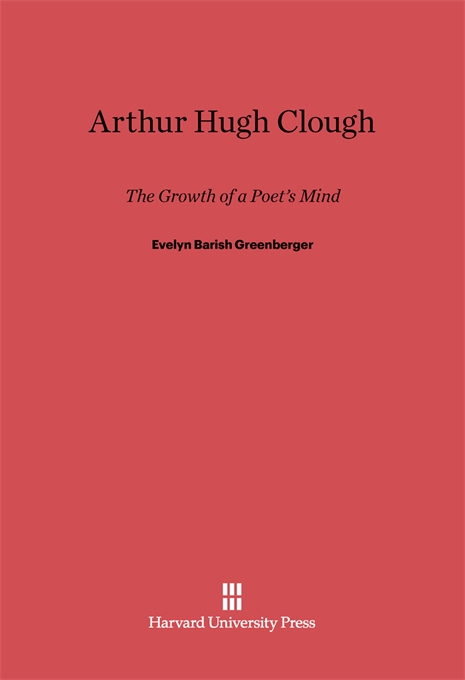 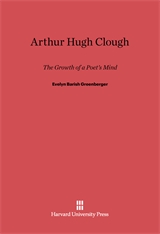 The Growth of a Poet's Mind

Arthur Hugh Clough (1819-1861), poet, skeptic, friend of Emerson and of Matthew Arnold, was a man concerned with the religious, political, and social issues of the turbulent times in which he lived. In this fresh examination of Clough, Evelyn Greenberger traces the intellectual development of a poet who was considered a brilliant failure in his own day, a reputation that still persists despite the fact that Clough is now attracting considerable critical attention. Her study contradicts this traditional view of him as ineffectual and uncommitted and reveals instead a complex figure whose varied interests enriched his prose and poetry.

Greenberger has made a thorough study of all of Clough’s prose on contemporary issues written between 1837 and 1853. These largely neglected writings, many of which remain unpublished, enable her to follow the poet’s development through religious doubts and conflicts and to trace his political metamorphosis from naive idealism through radicalism to a final disenchantment with utopias. Having placed the poet’s work in its proper historical context, the author goes on to reveal the great extent to which Clough succeeded in making the issues of his day viable subjects for poetry.

Greenberger, thoroughly versed in the intellectual history of the Victorian period, vividly depicts the English social and economic scene and contemporary life at unreformed Oxford. She suggests new insights into Clough’s relations with Emerson, the influence of Carlyle upon the poet, and his reactions to the America of the early 1850’s.

The author concludes that the techniques Clough developed for presenting his ideas in poetic form and the concerns that pervaded his thinking make him a precursor of twentieth-century literature. In the last chapter she relates her findings to Clough’s three major poems. She includes in an appendix a number of new poems and other material by Clough found in manuscript during her research.