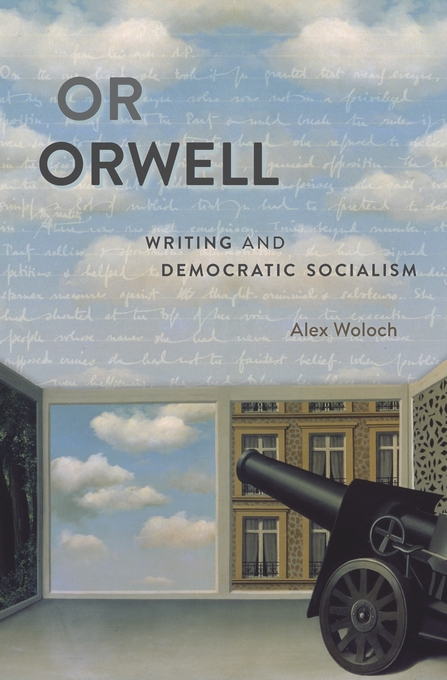 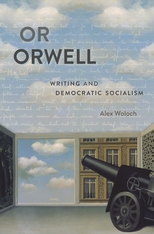 “It is easy now to think of Orwell as sort of cultural monolith staring down on us, frown forever fixed. Woloch is right that Orwell is cleverer than that… Woloch is…genuinely interesting on the enormous external effort Orwell felt the creation of internal meanings requires… [A] careful analysis of a wealth of rich material.”—Calum Mechie, Times Literary Supplement

“At the core of Woloch’s study is the claim that both admirers and detractors have fundamentally misunderstood Orwell’s plain style… In a virtuoso series of readings that complicate Orwell’s famous dictum ‘good prose is like a window pane,’ Woloch offers a thoroughgoing critique of the view that Orwell’s style is naïvely empiricist or plainly representational… Woloch argues that the processes of Orwell’s thought and writing are fundamentally dialectical, which allows him to reinscribe Orwell’s (in)famously dogged intentionality into a more complex scene of writing… This study will be valued as a highly original interpretation of Orwell (as a study of Orwell’s style it is doubtful to be superseded any time soon), and as an extremely brilliant example of theoretically sophisticated close reading.”—Glyn Salton-Cox, Los Angeles Review of Books

“One of the most intelligent and careful works of criticism I have read in years, not least because it is genuinely illuminating to be shown how far from plain Orwell’s plain style was—and why. Woloch’s Or Orwell deserves to be widely known and to be incorporated into all future understandings of Orwell’s achievements.”—Simon During, Public Books

“Woloch is by no means the first critic to take Orwell’s political writing seriously as art, or to doubt that it ever resembled a windowpane. He has, however, raised the debate to a new level by the originality and scope of his analysis of the books and essays Orwell published in the ten years up to 1946, and by his attention to detail.”—David Trotter, London Review of Books

“There is much in this study for scholars of literature and of history to learn from and admire, and it will form a valuable point of reference for much future work on Orwell.”—Stuart Middleton, Literature & History

“[Woloch] has a keen feeling for the movements and tones of Orwell’s prose, its restlessness, steady beat of self-correction, and vexing irony and negation. This sustained engagement with Orwell’s language is an important contribution: it makes us realize how complicated Orwell is when he addresses imperialism, social class, labor, and other subjects. We think we know Orwell, who seems so clear and accessible, but it is not apparent that we do or for that matter that he does himself. Woloch makes us perceive that to a large extent Orwell is always striving in his writing to know his own mind—and the reward for us is the exercise of our minds through the consciousness-unsettling experience of reading him. Or Orwell secures a place for Woloch among this writer’s most significant scholars and critics.”—William E. Cain, Modern Philology

“Woloch takes a stand on an issue that has riven Orwell criticism in recent decades. He argues that Orwell’s plain prose style—encapsulated by Orwell’s own, oft-repeated dictum ‘Good prose is like a windowpane’—is neither hostile toward literary theory nor incompatible with the leftist politics from which such theory arose in the 1970s and 1980s. Woloch’s case that Orwell was neither a hypocrite nor a sellout is generally convincing. The result is a book that breathes important new life into the scholarship on an author whose actual writing has frequently become obscured by arguments over his person and/or his politics.”—D. C. Maus, Choice

“Woloch turns his considerable ingenuity and superb ear to the task of a slow, close investigation of Orwell’s writing. He is razor‑sharp on the critical symptoms of several generations who wish to praise (or, less often, bury) Orwell and his ordinary language without exploring the stylistic object of their claims very deeply. An accomplished and subtle book.”—Jed Esty, University of Pennsylvania

“Woloch’s subject is the finest grain of attention (his own and Orwell’s)—an attention that is always devoted to the over-looked in society, the marginalized, the unimportant. Both Orwell and Woloch are in pursuit of the aesthetic and the political meaning of ‘the over-looked.’ No one pauses over a phrase as often as Alex Woloch, and nobody has seen just what the payoff might be to the virtuosities of deep close reading. No one except Orwell himself. Woloch’s book becomes a kind of homage to the tenacity of Orwell’s purpose, to his sureness of touch, and to the importance of his tactics as a writer.”—Philip Fisher, Harvard University

“This is a fascinating and important work, probably the best and most original book on Orwell I have read. It is the first book on Orwell that truly attends to the complexities of Orwell’s language, composition technique, and poetics. Orwell is one of the most famous writers of the twentieth-century, a figure everyone feels they already know, and understand, and have seen clearly. Woloch’s achievement is to show the great and theoretically sophisticated writer who has been hiding under our noses all along, blinded as we’ve been by what we already think we know about him.”—Aidan Wasley, University of Georgia