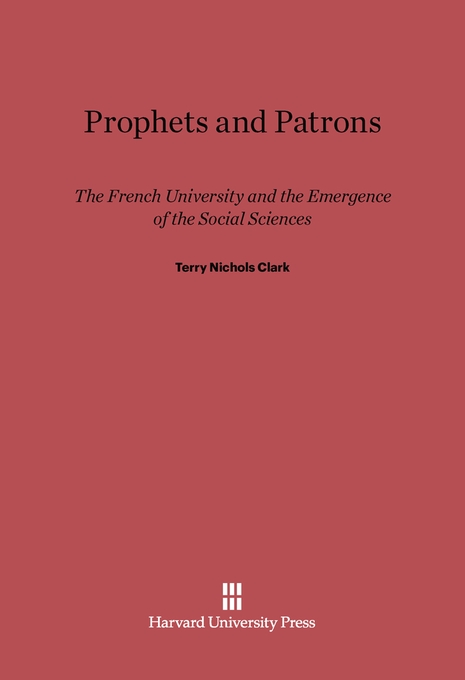 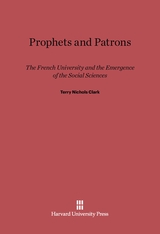 The French University and the Emergence of the Social Sciences

Prophets and Patrons is the first detailed account of the emergence of sociology and related social sciences in France. It emphasizes three social and intellectual groupings in the period from 1880 to 1914: the social statisticians who grew out of governmental ministries, the Durkheimians who were consistently housed in the university, and the “international sociologists” around René Worms, in neither ministries nor the university.

Unlike most histories of ideas, Prophets and Patrons portrays the institutional developments that encouraged, discouraged, and rechanneled different styles of research. To understand these developments, a sociological analysis of the French university system is presented. At its center are the patrons (generally Sorbonne professors) who served as informal linkages for the entire system. Around them developed clusters of researchers and teachers throughout France. The workings of this system of relations, analyzed here for the first time, are crucial to understanding the French university.

The university is also immersed in the political and ideological currents of the Latin Quarter. Thus Terry Nichols Clark’s investigation of conflicting elements of French culture and social structure helps illuminate his analysis of the university. This study will be invaluable to social scientists, intellectual historians, and students of French culture and comparative education.