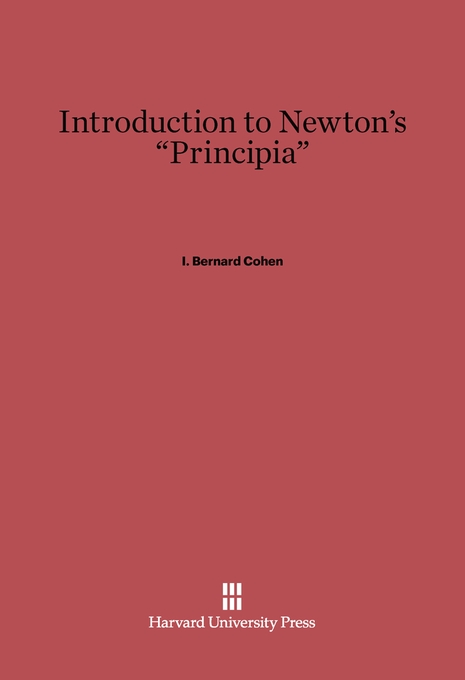 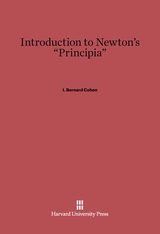 In 1956 the noted Newton scholars Alexandre Koyre and I. Bernard Cohen conceived the idea of an edition with variant readings of Newton’s great treatise, Philosophiae Naturalis Principia Mathematica. Their aim was to exhibit the stages of growth of this fundamental treatise from the first manuscript (1685–1687) to the final edition (1726).

Professor Cohen’s Introduction serves a dual purpose. It is a guide to the edition, but it is also a biography of the book itself, providing a narrative history of how Newton came to write the book, the printing of the several editions, the critical receptions given to each edition, and—above all—how Newton continually corrected, revised, and enlarged the text over four decades. The critical interpretation or analytic history of Newton’s fundamental concepts is reserved for a later commentary volume.

The Introduction begins with an outline of the development of the Principia and the plan of the new edition. In presenting the writing and first publication of Newton’s work, Professor Cohen pays particular attention to the documents on which it was based. An analysis is made of the contribution of Edmond Halley, who saw the first edition through the press. Detailed consideration is given to the book reviews and to Newton’s subsequent revisions of the text and their dissemination. Tracing the subsequent history of the Principia, Professor Cohen shows how the second and third editions were produced and describes the critical reception given to the new versions.

There are sixteen plates showing pages of original manuscript; pages from the different editions with Newton’s textual and marginal alterations, corrections, and additions; and critiques by Halley of a preliminary version of the Principia.

Professor Cohen’s Introduction to the present edition of the Principia is an illuminating history of the origin and development of one of the great accomplishments of man.