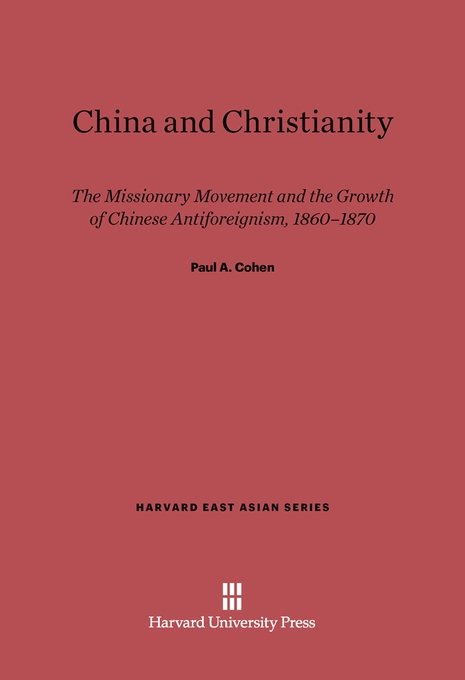 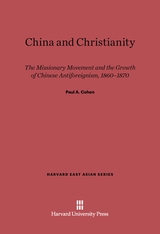 The Missionary Movement and the Growth of Chinese Antiforeignism, 1860–1870

In February 1967, at the height of the Cultural Revolution, the American Society of International Law organized a study panel of legal scholars, social scientists, lawyers, and government officials to consider problems relating to “China and International Order.” The panel was founded in the belief that the turmoil in China would not endure and that the People’s Republic might soon wish to participate fully in the world community. To prepare for this day, the panel commissioned and reviewed a number of studies of China’s interpretation and application of international law.

The ten essays in this volume-written by twelve scholars including Paul Cohen, who has also written a substantial introduction are the fruit of this effort. Four of the essays deal with basic problems relating to Peking’s international conduct: recognition and the establishment of diplomatic relations, the regulation of foreign diplomats serving in China, manipulation of the concept of “unequal treaties,” and the PRC’s conditions for participation in international organizations. The other six essays focus on legal problems that have arisen in China’s relations with a given country or international organization.