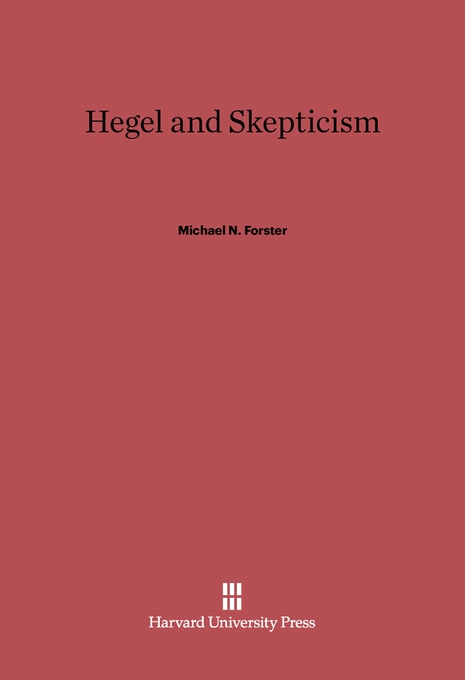 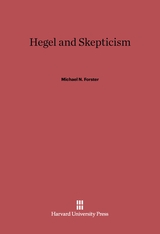 The rejection by Anglo-Saxon philosophers of much “continental philosophy” (from Hegel on down) is largely based on the perceived failure of continental thinkers to grapple with the tough questions of epistemology in general and skepticism in particular. Michael Forster demonstrates that Hegel did not in fact ignore epistemology, but on the contrary he fought a tireless and subtle campaign to defeat the threat of skepticism. Forster’s work should dispel once and for all the view that Hegel was naive or careless in epistemological matters.

Forster begins by discussing Hegel’s critical interpretation of the skeptical tradition, in particular his convincingly argued case for the superiority of ancient over modern skepticism. He goes on to show that the difficulties characteristic of ancient skepticism play a crucial and fascinating role in Hegel’s philosophy of history. Hegel sees in the emergence of these difficulties an explanation of why the harmonious unified Greek culture collapsed and was replaced by the division and alienation characteristic of subsequent western culture. Finally, Forster examines the elaborate and ingenious system of defenses erected by Hegel to protect his philosophical thought against skeptical difficulties, as the core of a somewhat broader epistemological project. Along the way, Forster makes much that has hither to remained obscure in Hegel’s texts intelligible for the first time. This book should cause a re-evaluation of Hegel, and German Idealism generally, and contribute to a re-evaluation of the skeptical tradition in philosophy.