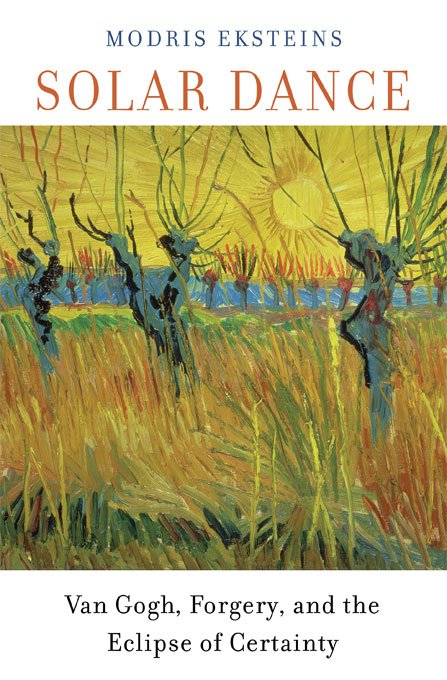 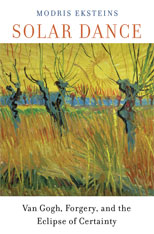 Van Gogh, Forgery, and the Eclipse of Certainty

In Modris Eksteins’s hands, the interlocking stories of Vincent van Gogh and art dealer Otto Wacker reveal the origins of the fundamental uncertainty that is the hallmark of the modern era. Through the lens of Wacker’s sensational 1932 trial in Berlin for selling fake Van Goghs, Eksteins offers a unique narrative of Weimar Germany, the rise of Hitler, and the replacement of nineteenth-century certitude with twentieth-century doubt.

Berlin after the Great War was a magnet for art and transgression. Among those it attracted was Otto Wacker, a young gay dancer turned art impresario. His sale of thirty-three forged Van Goghs and the ensuing scandal gave Van Gogh’s work unprecedented commercial value. It also called into question a world of defined values and standards that had already begun to erode during the war. Van Gogh emerged posthumously as a hero who rejected organized religion and other suspect sources of authority in favor of art. Self-pitying Germans saw in his biography a series of triumphs—over defeat, poverty, and meaninglessness—that spoke to them directly. Eksteins shows how the collapsing Weimar Republic that made Van Gogh famous and gave Wacker an opportunity for reinvention propelled a third misfit into the spotlight. Taking advantage of the void left by a gutted belief system, Hitler gained power by fashioning myths of mastery.

Filled with characters who delight and frighten, Solar Dance merges cultural and political history to show how upheavals of the early twentieth century gave rise to a search for authenticity and purpose.