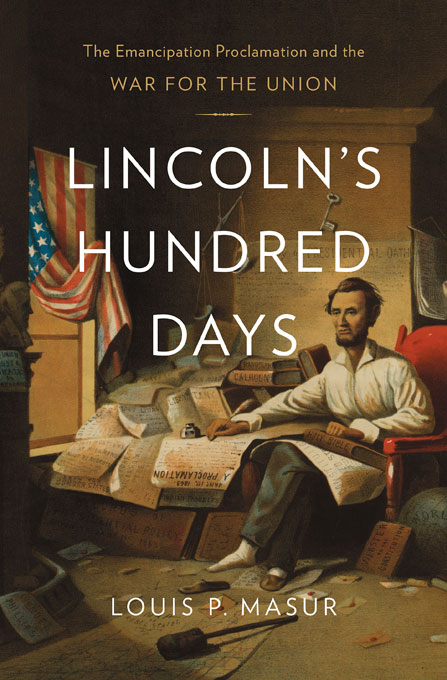 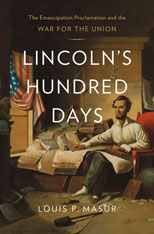 The Emancipation Proclamation and the War for the Union

“The time has come now,” Abraham Lincoln told his cabinet as he presented the preliminary draft of a “Proclamation of Emancipation.” Lincoln’s effort to end slavery has been controversial from its inception—when it was denounced by some as an unconstitutional usurpation and by others as an inadequate half-measure—up to the present, as historians have discounted its import and impact. At the sesquicentennial of the Emancipation Proclamation, Louis Masur seeks to restore the document’s reputation by exploring its evolution.

Lincoln’s Hundred Days is the first book to tell the full story of the critical period between September 22, 1862, when Lincoln issued his preliminary Proclamation, and January 1, 1863, when he signed the final, significantly altered, decree. In those tumultuous hundred days, as battlefield deaths mounted, debate raged. Masur commands vast primary sources to portray the daily struggles and enormous consequences of the president’s efforts as Lincoln led a nation through war and toward emancipation. With his deadline looming, Lincoln hesitated and calculated, frustrating friends and foes alike, as he reckoned with the anxieties and expectations of millions. We hear these concerns, from poets, cabinet members and foreign officials, from enlisted men on the front and free blacks as well as slaves.

Masur presents a fresh portrait of Lincoln as a complex figure who worried about, listened to, debated, prayed for, and even joked with his country, and then followed his conviction in directing America toward a terrifying and thrilling unknown.