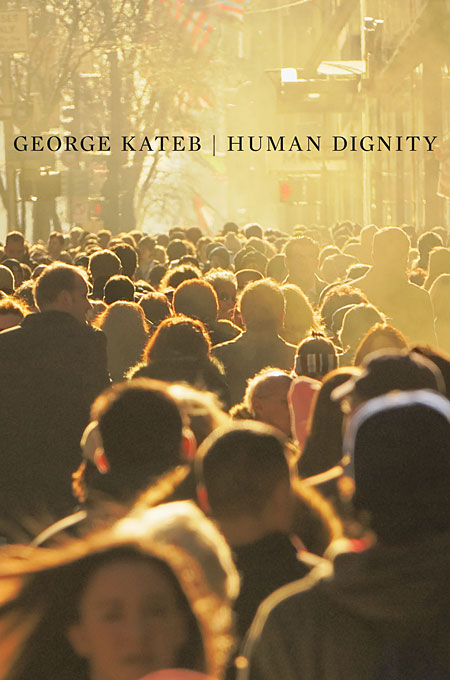 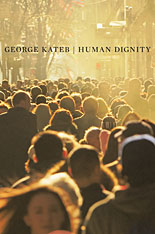 “[Kateb] suggests that the idea of dignity is essential to the idea of human rights. By this he means that human rights are in fact derived from human dignity, which is not some spurious moral precept but an integral part of the human condition. For Kateb, dignity is not, at root, a moral phenomenon but an existential one… It is refreshing to read a work of philosophy that tries to restore some pride to our rather jaded species… Human Dignity…attempts to give human beings their due, not in any spirit of self-congratulation but so that we may build a better life for all.”—Richard King, The Australian

“[A] powerful and ambitious book. [Kateb] provides a sterling example of one of the most challenging of genres, the philosophic essay. He writes not just for other scholars but for anyone who loves to think. I won’t mislead you by pretending that Human Dignity is easy and pleasant. It is demanding and pleasant, the pleasures being those of an argument that illuminates an important subject… No brief review could do justice to its bold amplitude, its intriguing twists, its problems and provocations.”—Clifford Orwin, The Globe and Mail

“In this lucid and highly readable ‘defense of human dignity’ and rights, Kateb explicitly avoids the use of theological insights, preferring the autonomous individual and human reason as his guides… Kateb’s critique of many prominent thinkers, including Peter Singer and J.S. Mill, and his provocative application of a theory of human dignity and rights to contemporary politics, are significant accomplishments.”—H. L. Cheek, Jr., Choice

“Kateb, like J.S. Mill, asks what objects of secular faith may candidly be used to supplant religious belief. Humanity is the answer he suggests—but humanity regarded not as the collective hero of progress or enlightenment, but as the most interesting part of nature for better and for worse: the part that holds up a mirror to the rest, even though the rest cannot recognize itself in the mirror. This is a disturbing, adventurous, and original-minded work.”—David Bromwich, Yale University

“[Kateb] is the last—that is, the first and only—thoroughgoing Emersonian in American political thought.”—Cornel West, Princeton University