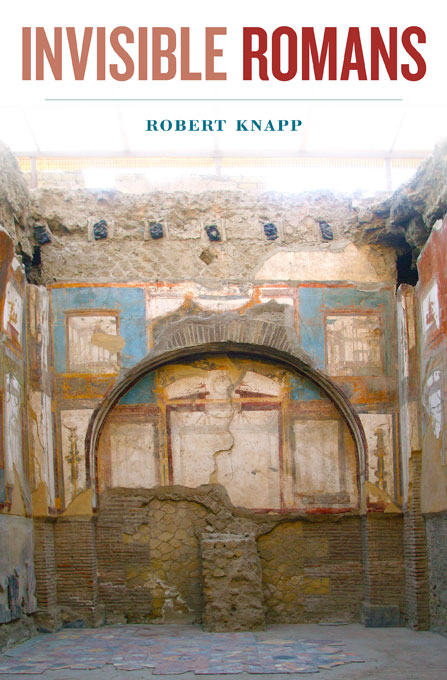 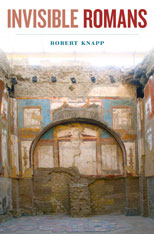 “In this passionately moral book, Knapp asks the same question as Occupy Wall Street: What about the ninety-nine per cent? Invisible Romans attempts to elicit a world view from the scraps of evidence that remain: popular dream-interpretation guides, inscriptions on gravestones, fragments of papyri, and, very often, the New Testament.”—Adam Kirsch, The New Yorker

“This is an elegantly written, stimulating and revealing introductory account of the ‘mind world’ and practical lives of those largely ‘invisible’ to us in the elite literary sources.”—Tristan Taylor, Bryn Mawr Classical Review

“Engaging and informed… This is a highly readable book aimed primarily at an interested, general audience, but individual sections also will engage the interests of classicists in various specialties… Robert Knapp’s Invisible Romans is a well-written and well-researched account of the lives of ordinary Romans living in the Roman empire, intended especially for the non-specialist.”—Sandra R. Joshel, Classical World

“A unique view of Roman life on the streets, in the arenas, and in the barracks, roughly from the first three centuries CE, written with an engaging prose. It is Everyman who is on view here, so while there are plenty of surprises, the pleasing overall effect is to realize how similar common lives then were to ours now… It is a pleasure throughout Invisible Romans to see how Knapp has used his obvious expertise and depth of knowledge to bring out facts from many diverse sources. His writing is clear, and often witty… [An] exhilarating show of scholarship at a popular level.”—Rob Hardy, The Commercial Dispatch

“One of the best synoptic books on Roman social history I’ve ever read. Writing directly from ancient sources—a particular strength of the work—Invisible Romans challenges assumptions and offers original insights. Knapp’s exemplary erudition and commitment should inspire a new generation of scholars to return to the difficult art of reading sources.”—T. Corey Brennan, American Academy in Rome

“Knapp wears his enormous learning very lightly, presenting a nuanced and convincing picture of Roman life. Drawing upon a wide range of evidence, this book provides a convincing reconstruction of social attitudes of the invisible multitudes of the Roman world. A deeply humane book from a senior scholar that enables us to better understand the human condition in Antiquity and in our own times.”—David Potter, University of Michigan