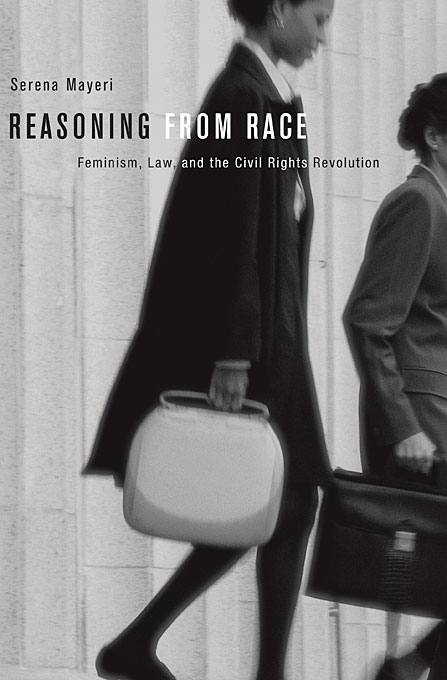 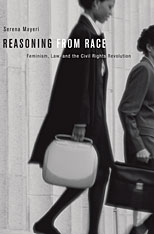 “Mayeri shows that racial politics’ impact on the women’s movement was not a coincidence of timing but rather the inevitable result of ideas and individuals colliding at key moments in history. Her carefully crafted reconciliation of racial justice with women’s rights offers a template for incorporating race into ongoing feminist debate rather than letting such conversations end in painful silence.”—Pamela D. Bridgewater, Ms.

“The author powerfully describes the rise and fall of the gender–race analogy, as well as the transformation of how both supporters and opponents of women’s rights appropriated the analogy, culminating in the collapse of the feminist movement during the Reagan era.”—D. Schultz, Choice

“Analogies between race and sex have a long history, dating back to the early years of the American suffrage struggle. In the 1840s, women such as Elizabeth Cady Stanton and Lucretia Mott protested their exclusion from anti-slavery leadership and abolitionist Frederick Douglass championed equal suffrage at the first women’s rights convention in Seneca Falls. A century later, the civil rights and feminist revolutions rekindled debates over whether and how race-sex analogies should be used. Reasoning from Race is a brilliant, scholarly book covering these debates, which are so important to understand as we tackle the unfinished business of sex equality in America.”—Patricia Schroeder, U.S. House Representative for the State of Colorado, 1973–1997

“This brilliant book opens an entirely new window on the vexed relationship between civil rights and the women’s movement. Its dazzling exploration of race–sex analogies forces us to reconsider the promise and peril of all analogical reasoning. Among other things, it should make anyone who has ever thought that ‘gay is the new black’ reconsider.”—Laura Kalman, University of California, Santa Barbara

“Paying close attention to ‘how law is made and what is lost along the way,’ Reasoning from Race provides a paradigm-altering account of legal feminism. Serena Mayeri recovers a robust tradition that understood how gender, race, and class worked together, and she tells its surprising story with bold sweep, meticulous research, and stylistic grace in this powerful and important book.”—Nancy MacLean, Duke University

“Reasoning from Race sets as its ambition to trace the history of how sex-equality federal statutes and constitutional jurisprudence came to rely on and in turn often be limited by analogies to race. It is a history of ideas, of the relationship between the movement for civil rights and women’s rights from 1960 through the 1970s, and the individuals who bridged those two movements. In each of these respects, Mayeri succeeds brilliantly.”—Barbara Young Welke, University of Minnesota