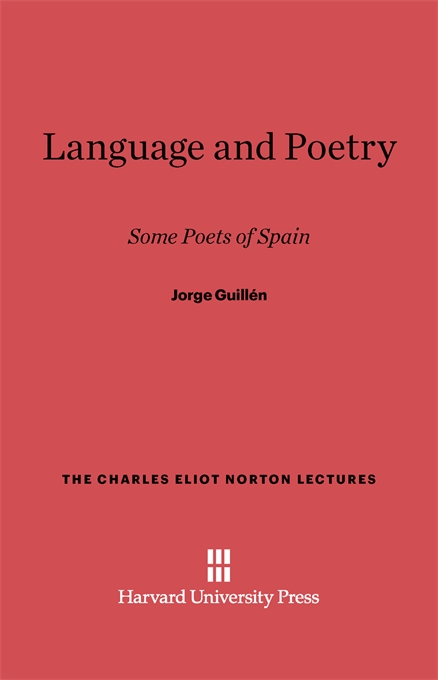 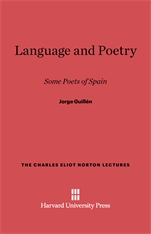 Some Poets of Spain

Jorge Guillén, one of the finest contemporary Spanish poets, provocatively explores the language and forms of poetry, exemplifying his analysis from the work of a number of Spain’s greatest writers. Illustrative passages are presented in sensitive and accurate translation, and their Spanish texts are included as well.

Guillén chooses typical poets to demonstrate a vast range of technique and material. Prosaic Language (Berceo); Poetic Language (Góngora); The Ineffable Language of Mysticism (San Juan de la Cruz); The Ineffable Language of Dreams (Béquer); and Adequate Language (Gabriel Miro) are analyzed and made meaningful for the reader. In a concluding chapter (The Language of the Poem—One Generation), he discusses the work of his own friends—writers who formed the poetic élite of Spain in the early thirties, including the widely known Federico Garcia Lorca.

Originally given as the Charles Eliot Norton Lectures during 1957 and 1958, these essays provide a delightful insight into Spanish poetry, and a stimulating investigation of the mutations and resources of poetic technique in general.