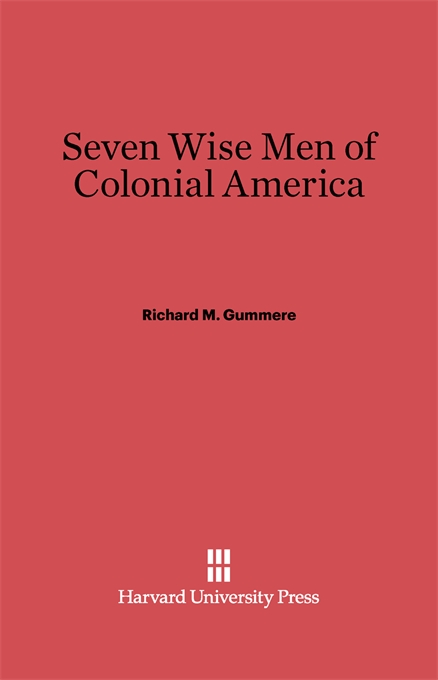 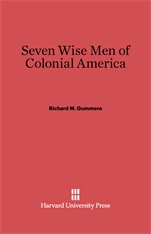 A companion volume to the author’s The American Colonial Mind and the Classical Tradition, this book provides separate, absorbing biographies of these “seven wise men.” Each of them was essentially pragmatic and judged the value of the classics not only on the basis of their intrinsic worth but also for their relevance to contemporary problems.

Hugh Jones—who advocated a practical training for the youth of Colonial Virginia—and Benjamin Rush questioned particularly the value of the classics as a requisite part of the school curriculum, although granting their importance for college admission and professional careers. Thomas Paine, openly skeptical about the wisdom of studying Greek and Latin in the original, scattered references in translation throughout his writings, so that he often seems to be “a classicist malgré lui.”

Higglesworth, Davies, and Muhlenberg regarded the ancient languages as aids to the understanding of Christian theology and as basic preparation for both the minister and the layman. Wigglesworth, at home in both ancient and modern literature, peppered his sermons with Latin quotations, but took care to keep his interpolations strictly subservient to the Gospel.

Some academicians and religious leaders adapted or even misinterpreted the classics in order to find in them support for various moralistic positions. Robert Calef opposed this disingenuousness and debated vigorously with Cotton Mather the evils of the Salem witch trial convictions, whose virtue Mather sought to prove by citing classical myths and legends. Calef raised a seemingly lone voice in his plea for a Christian policy of forbearance and understanding.