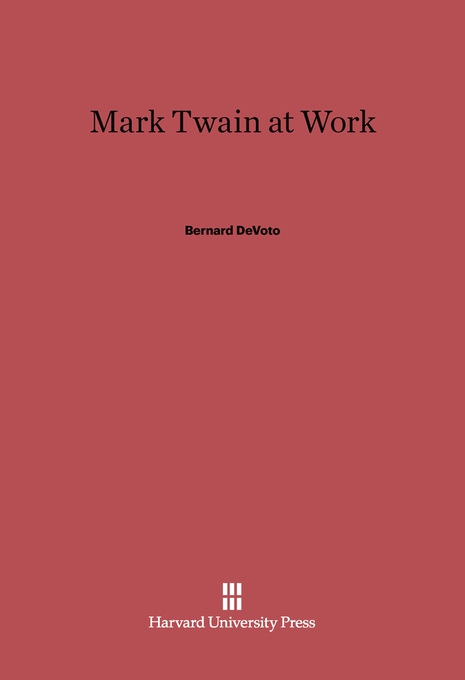 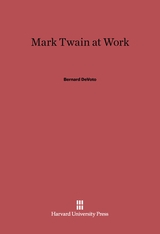 The three essays gathered in this volume deal with Mark Twain’s habits of writing: the materials he found useful, his methods of working, the difficulties he encountered, the ways in which he tried to overcome the difficulties, how far he succeeded and how far he failed in overcoming them. The volume is thus a study—the only ever made—of Mark Twain as a literary artisan; and it also provides the first material ever made public that enables one to talk realistically about the nature, shape, and limitations of his literary genius.

The first two essays deal with The Adventures of Tom Sawyer and Adventures of Huckleberry Finn; the third, "The Symbols of Despair," makes a number of wholly new suggestions about the unconscious portion of Mark Twain’s genius, and, what is more to the point, shows the actual operation of his literary genius upon the materials of his personal experience. It describes a really terrible tragedy in his personal life as that tragedy forced him to pass judgment on his life and achieve a reconciliation with himself and the world. The illustrative passages in this essay are the first publication of any part of the vast manuscript miscellanies on the subject. Practically everything in it is altogether new, although the exterior events, badly misunderstood, have been in part described in Albert Paine’s biography. Their importance, however, has never been understood before and no earlier description or study of the manuscript exists. The three illustrations present a collotype reproduction of an unusual photograph of Mark Twain and two collotype reproductions of characteristic manuscript pages. Everyone interested in Mark Twain or in the history of American literature, will find this a rewarding study; and collectors of Mark Twain editions will welcome it as a genuine "first."