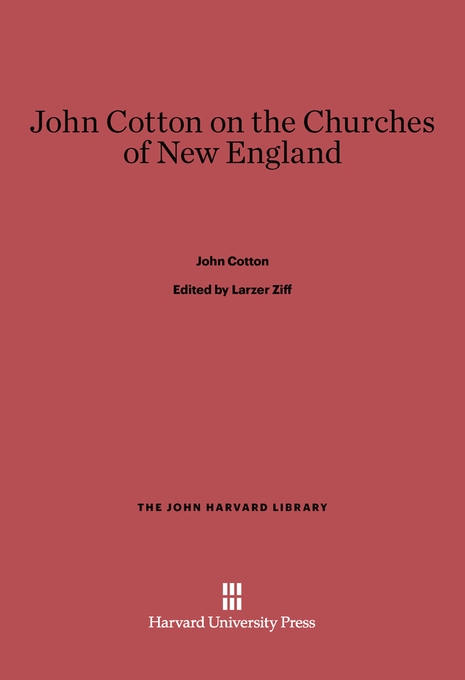 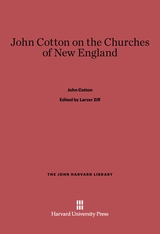 John Cotton on the Churches of New England

A Sermon Delivered at Salem (1636), The Keyes of the Kingdom of Heaven (1644), and The Way of the Congregational Churches Cleared (1648), reprinted here for the first time, are three of the most important works of John Cotton, one of the greatest scholars and preachers in the early decades of New England history. In these writings which set out in classic terms the principles of New England Congregationalism, John Cotton “speaks more directly to twentieth-century concerns about liberty and authority than he does elsewhere,” the editor writes in his Introduction, “and makes clear that arguments of ecclesiastical polity in his day were not hair-splitting antiquarian squabbles but central debates about the terms on which men in England and America would live with one another.”