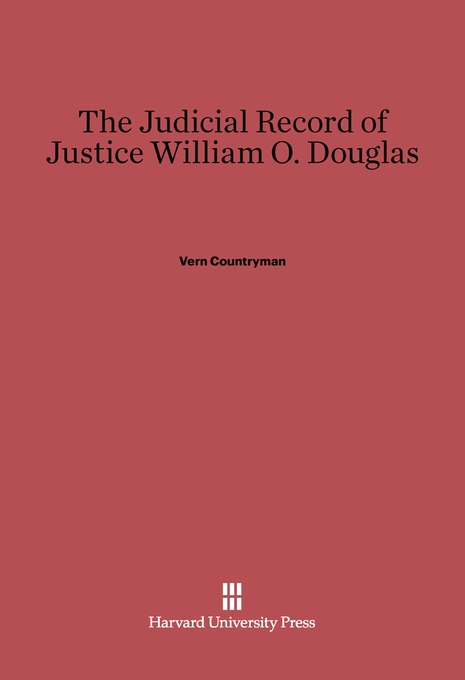 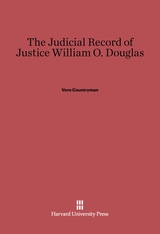 When William O. Douglas was appointed Justice of the Supreme Court by President Roosevelt in 1939, he was the youngest appointee to the Court in 125 years. He has set a record too in the length of his tenure. Justice Douglas’ judicial career is notable, though, not for the number of years served or number of opinions written for the majority or in dissent, but for the vigilance with which he has protected the political and civil rights of the individual. Justice Douglas has been a controversial figure—Vice President Gerald Ford is among those who have called for his impeachment. The record of his stands on the issues that have come before the Court over the past thirty-odd years is therefore of more than academic interest.

Vern Countryman offers here a systematic survey of the issues on which the Court has ruled, Justice Douglas’ contribution to the Court’s decision of those questions, the instances of and bases for his frequent disagreements with a majority of the Court, and the numerous instances in which his dissenting views have later been accepted by a majority of his colleagues. Since the discussion covers all the major cases—those on which Justice Douglas wrote an opinion as well as those on which he merely voted—this is a comprehensive review of the work of the Court itself in this exciting period in its history as well as an account of Justice Douglas’ positions.