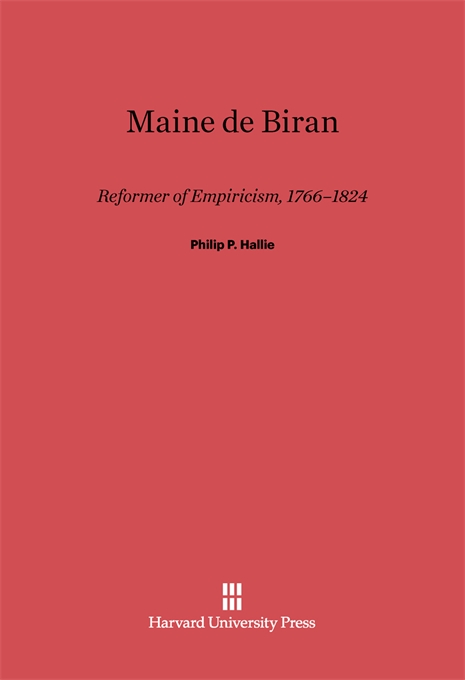 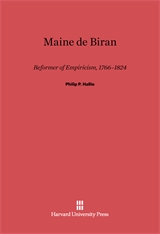 Maine de Biran (1766–1824) was described by Bergson as the greatest French philosopher since the seventeenth century, but Biran’s philosophy and his importance for an understanding of modern French philosophy and psychology—especially existentialism—has received scant attention, hitherto, from American and English scholars. Philip Hallie’s study is the first, book-length, sympathetic study in English of Biran’s epistemology.

Biran was concerned to present the case for an Empiricism that did not try to explain away either inner or outer experience, but which saw both as equally necessary for a doctrine of the source of human knowledge. Biran was throroughly convinced of the soundness of Lock, Hume, and Berkeley, but he attacked them vigorously for failing to acknowledge the importance of the internal experience of voluntary bodily movement.

Biran’s meticulous analysis of the English Empiricists provides a basis for understanding their differences as well as similarities, and suggest that the contemporary counterparts of Biran (Sartre, Ricoeur, and Merleu-Ponty, for example) may be closer to contemporary counterparts of the British Empiricists (A. J. Ayer and H. H. Price, for example) than has yet been noticed.