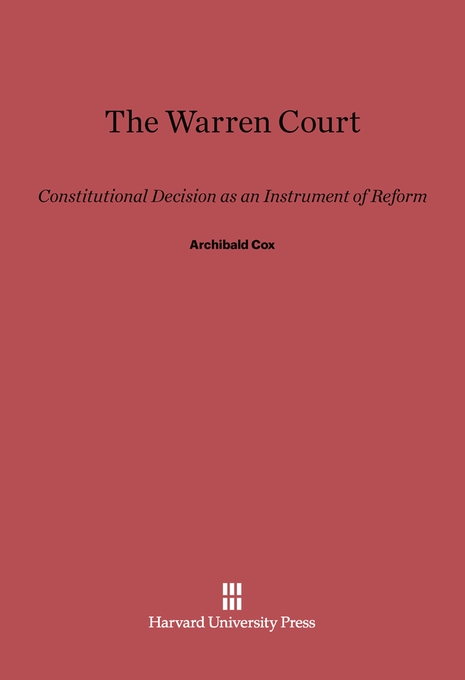 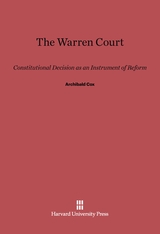 Constitutional Decision as an Instrument of Reform

The appointment of Earl Warren as Chief Justice of the United States in 1953 marked the opening of a new era in the nation’s constitutional development. As Archibald Cox points out in his Preface, during the next fifteen years the Supreme Court rewrote, with profound social consequences, major constitutional doctrines governing race relations, the administration of criminal justice, and the operation of the political process. The extent and the rapidity of these changes raise grave questions concerning the nature and function of constitutional adjudication and the proper role of the Supreme Court in the national life.

In these lectures, originally given in somewhat shorter form in Honolulu in the summer of 1967 under the joint auspices of Harvard Law School and the University of Hawaii, Cox describes the main lines of constitutional development under the Warren Court. He analyzes the underlying pressures involved and the long-range institutional consequences in terms of the distribution of governmental power. The central theme of Cox’s book is embodied in his examination of the American paradox that invests the judicial branch with the responsibility of deciding “according to law” our most pressing and divisive social, economic, and political questions.

Although not uncritical of the grounds on which several of the court’s crucial decisions have been reached, Cox comes to the conclusion that the trend of the rulings has been “in keeping with the mainstream of American history—a bit progressive but also moderate, a bit humane but not sentimental, a bit idealistic but seldom doctrinaire, and in the long run essentially pragmatic—in short, in keeping with the true genius of our institutions.”