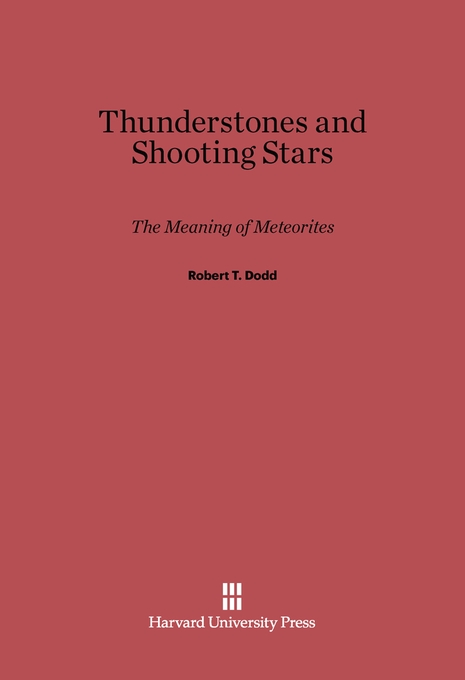 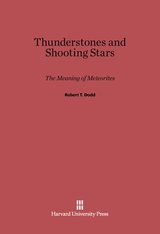 The Meaning of Meteorites

A streak of light crosses the night sky as a bit of extraterrestrial material falls to Earth.

Meteorites, which range from particles of dust to massive chunks of metal and rock, bombard the Earth constantly, adding hundreds of tons of new material to our planet each day. What are these objects? How do we recover and study them? Where do they come from, and what do they tell us about the birth and infancy of the solar system? Why do many scientists now believe that meteorites have played a dramatic, albeit occasional, role in the evolution of life on Earth?

In Thunderstones and Shooting Stars, Robert T. Dodd gives us an up-to-date report on these questions. He summarizes the evidence that leads scientists to believe that most meteorites come from asteroids, although a few come from the moon and a few more from a planet, probably Mars. He explains how chondrites—the most numerous and primitive of meteorites—contribute to our evolving picture of the early solar system, and how some of them may tell us of events that took place beyond the sun and before its birth. Finally, he examines the controversial hypothesis that impacts by asteroids or comets have interrupted the evolution of life on Earth, accounting for such geological puzzles as the rapid demise of the dinosaurs.

Meteorites have been called “the poor man’s space probe,” for they are the only extraterrestrial rocks that we can collect without benefit of spacecraft. This lively and accessible book both illuminates the complex science of meteoritics and conveys a sense of its excitement. University teachers and students will appreciate its synthesis of new research on a broad range of topics, and amateurs will delight in its lucid presentation of a science that is unlocking many mysteries of Earth and space.