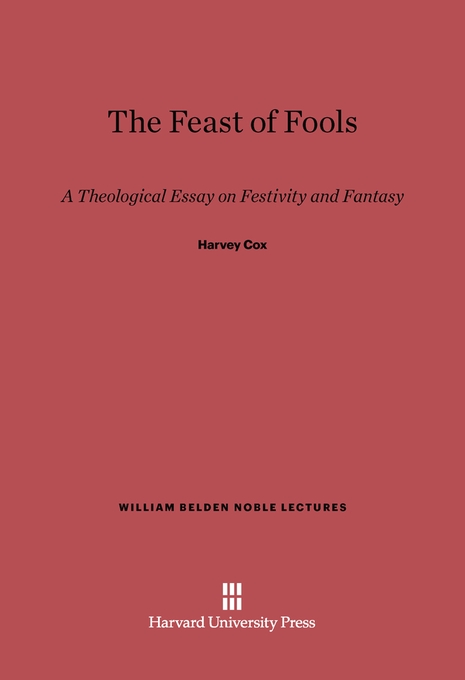 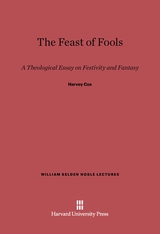 The Feast of Fools

A Theological Essay on Festivity and Fantasy

In this fascinating interpretation of contemporary culture and theology, Harvey Cox examines both the loss and reemergence of festivity and fantasy in Western civilization. He evaluates both processes from a theological perspective, defining festivity as the capacity for genuine revelry and joyous celebration and defining fantasy as the faculty for envisioning radically alternative life situations. He asserts that both are absolutely vital to contemporary human life and faith; both are a precondition for genuine social transformation. In a success and money-oriented society we need a rebirth of unapologetically unproductive festivity and expressive celebration. In an age that has quarantined parody and separated politics from imagination, we need a renaissance of social fantasy.

It has been said over and over again that affluent Western man has been gaining the whole world while losing his soul. In the face of this Cox affirms the possibility and necessity of a resurgence of hope, celebration, liberation, and experimentation. The medieval Feast of Fools, from which he has taken his title, symbolizes both the problem and the process. Centuries ago it provided an opportunity for the choirboy to play bishop and for serious townsfolk to mock the stately rituals of church and court. The eventual disappearance of the custom in the sixteenth century, unlamented if not welcomed by those in authority, illustrates the concerns of this provocative and controversial essay. Cox does not propose that a medieval practice should be revived, but he does argue for a rebirth in our own cultural idiom of what was right and good about the Feast of Fools.

It is likely that this book will become significant in wide circles. It speaks directly to such contemporary movements as the theology of hope, the rapidly disappearing radical theology, and the theology of culture. For many it will provide a new perspective on the renewal of religious life and the secular search for religious experience. For others it will function as a window into the experimental laboratories of the so-called “underground church.” For everyone it is a refreshing encounter with a wholly new set of perceptive observations about the problems that plague us.