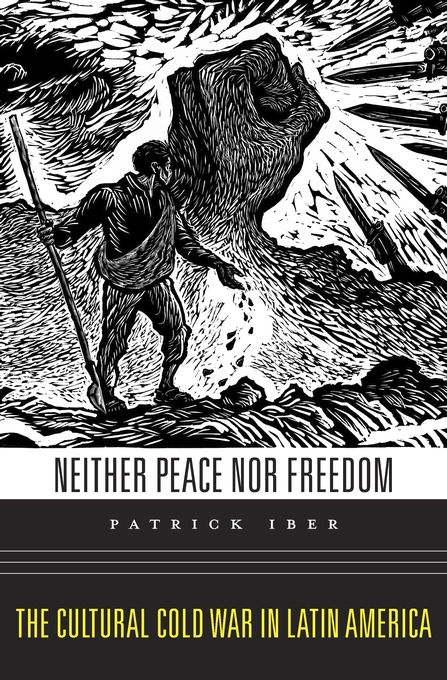 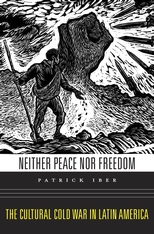 Neither Peace nor Freedom

“Measured, nuanced, and deeply informed… [Iber’s] book might give us some cause for optimism, or at least a sense of purpose, in these dispiriting times… As other liberal institutions—government agencies, the media, the business community—are co-opted, neutered, or replaced, art and culture become a major site of resistance. Artists and writers get under autocrats’ skin, and as they have little wealth to be confiscated or positions to be stripped of, they can only be stopped with the bluntest of instruments.”—Greg Barnhisel, The Los Angeles Review of Books

“In addition to the careful archival and analytical work, Iber’s book is an impressive (and rare) example of an intellectual history that, while taking its subjects and their ambitions seriously, readily concedes how little they mattered.”—Tim Barker, The New Republic

“In Neither Peace Nor Freedom: The Cultural Cold War in Latin America, Patrick Iber follows pro-Soviet and anti-Soviet writers and cultural diplomats throughout the hemisphere, from Mexico City to Cuba to Brazil. His extensively researched book narrates the conflicts and compromises that marked the artists’ unstable alliances with the global superpowers that sponsored them. It will be an important resource for scholars across disciplines and fields.”—Maggie Doherty, The Chronicle of Higher Education

“Neither Peace nor Freedom is a work of original, wide-ranging new research and a synthesis of existing scholarship that the author casts in a new historiographic frame… By painstakingly tracing the contradictory ways in which thinkers, artists, and trade union leaders worked with two state-backed organizations over many decades, and across several continents, Iber demonstrates the ways that politically engaged intellectuals with dreams of social democracy were repeatedly ensnared by the agendas of the superpowers trying to co-opt them.”—Kevin Coleman, American Historical Review

“Iber’s contribution to the literature is outstanding. It is not so unique to chart the doomed course of a divided left, a task in which Iber nevertheless stands shoulder to shoulder with none other than Jorge Castañeda. But he also sweeps across the complex landscape of Latin America’s intellectual and artistic production, familiarizing the reader with dozens of giants with such precision and ease, while also mastering European intellectual influences. Iber’s prose is elegant; his insights, confident.”—Alan McPherson, Diplomatic History

“It sheds a good deal of light on the ‘fractured history of the global Left,’ the battle for the soul of Latin American organized labor, the impact of the Cuban Revolution, the Latin American literary boom of the 1960s, and the careers of several major Latin American cultural icons, whose reputations are hardly enhanced as they strut their stuff across these readable pages.”—Alan Knight, Hispanic American Historical Review

“Neither Peace Nor Freedom will be a standard bearer for everyone working on the Cultural Cold War in Latin America… Iber’s work is a must-read contribution that will shape the way Cold War history of the region develops.”—Tanya Harmer, Journal of Latin American Studies

“Erudite and engaging, Iber brilliantly combines the new histories of the global Cold War and the Cultural Cold War, and by doing so transforms our understanding of both.”—Hugh Wilford, author of America’s Great Game and The Mighty Wurlitzer

“Iber’s new account of the Cultural Cold War in Latin America is the best I know in any language, setting the standard for study of the region’s intellectual conflicts and politics in the twentieth century. Grounded in deep research in archives on three continents, it is judiciously framed, sharp in its questions and insights, often brilliant, always clear in its arguments, and remarkably wise in its conclusions.”—John Womack, Jr., Harvard University