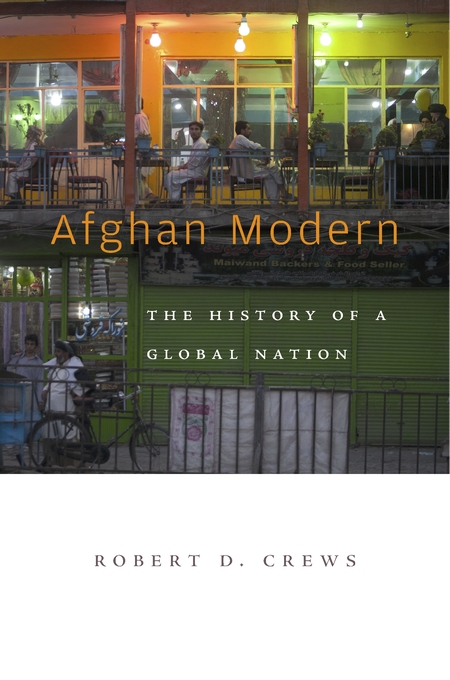 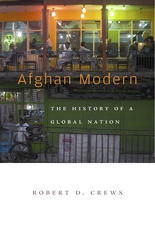 The History of a Global Nation

Rugged, remote, riven by tribal rivalries and religious violence, Afghanistan seems to many a country frozen in time and forsaken by the world. Afghan Modern presents a bold challenge to these misperceptions, revealing how Afghans, over the course of their history, have engaged and connected with a wider world and come to share in our modern globalized age.

Always a mobile people, Afghan travelers, traders, pilgrims, scholars, and artists have ventured abroad for centuries, their cosmopolitan sensibilities providing a compass for navigating a constantly changing world. Robert Crews traces the roots of Afghan globalism to the early modern period, when, as the subjects of sprawling empires, the residents of Kabul, Kandahar, and other urban centers forged linkages with far-flung imperial centers throughout the Middle East and Asia. Focusing on the emergence of an Afghan state out of this imperial milieu, he shows how Afghan nation-making was part of a series of global processes, refuting the usual portrayal of Afghans as pawns in the “Great Game” of European powers and of Afghanistan as a “hermit kingdom.”

In the twentieth century, the pace of Afghan interaction with the rest of the world dramatically increased, and many Afghan men and women came to see themselves at the center of ideological struggles that spanned the globe. Through revolution, war, and foreign occupations, Afghanistan became even more enmeshed in the global circulation of modern politics, occupying a pivotal position in the Cold War and the tumultuous decades that followed.