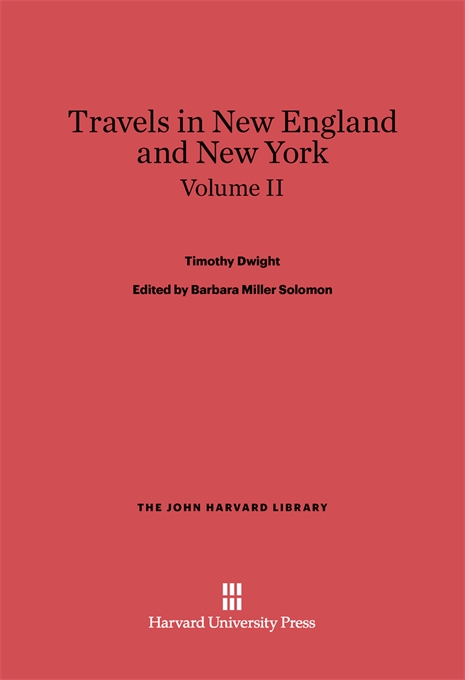 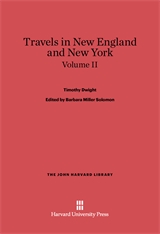 Over a ten-year period, Timothy Dwight, President of Yale, journeyed 18,000 miles through New England and New York by horseback, chaise or sulkey, and on foot. His Travels, published in 1821–22, present a final affirmation of what he valued in America. Familiar with the writings of European visitors, he intended the Travels to be a correction of their misconceptions. This encyclopedic work, out of print since initial publication, constituted the first major interpretation of New England and its people since the seventeenth century. During Dwight’s lifetime religious controversy, political revolution, and economic insecurity were transforming the area from a wilderness into a modern society. Geography, history, biography, economics, religion, politics, and education were all parts of his account of his visits to such places as Berwick, the White Mountains, Provincetown, Long Island, Lake George, Niagara, Lake Winnipesaukee, and Utica. Dwight’s Travels remains, as the editor says, “a delineation of the ethnic character which New Englanders would sustain and transmit long after Dwight’s way of life had vanished.”