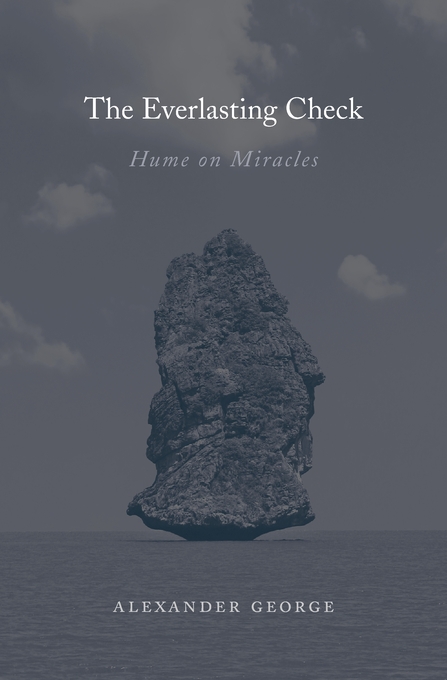 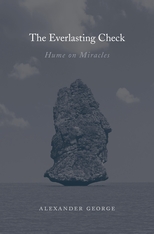 A touchstone of the Enlightenment dispute between rationality and religious belief, David Hume’s essay “Of Miracles” has elicited much commentary from proponents and critics ever since it was published over 250 years ago. Alexander George’s lucid and sustained interpretation of Hume’s essay provides fresh insights into this provocative, occasionally elusive, and always subtle text. The Everlasting Check will be read with interest by both students new to Hume and seasoned scholars.

George does justice to the letter and spirit of Hume’s essay, explaining the concepts and claims involved, making intelligible the essay’s structure, and clarifying remarks that have long puzzled readers. Properly interpreted, the essay’s central philosophical argument proves to be much hardier than Hume’s detractors suggest. George considers a range of objections to Hume—some recent, some perennial—and shows why most fail, either because they are based on misinterpretations or because the larger body of Hume’s philosophy answers them.

Beyond an analysis and defense of Hume’s essay, George also offers a critique of his own, appealing to Ludwig Wittgenstein’s thoughts on magic and ritual to demonstrate that Hume misconstrues the character of religious belief and its relationship to evidence and confirmation. Raising a host of important questions about the connection between religious and empirically verified beliefs, George discusses why Hume’s master argument can fail to engage with committed religious thought and why philosophical argumentation in general often proves ineffective in shaking people’s deeply held beliefs.