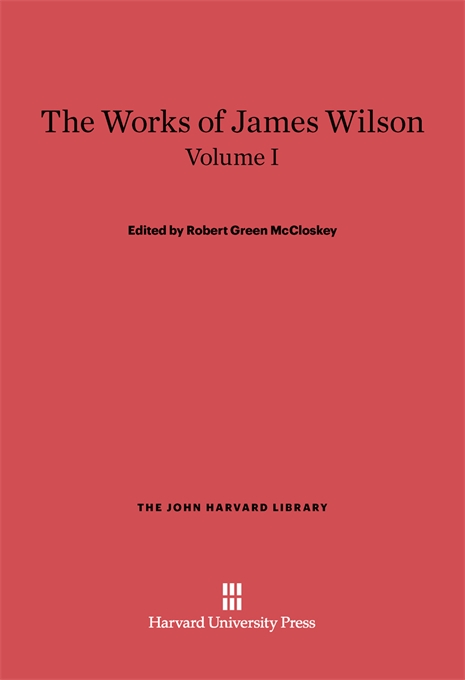 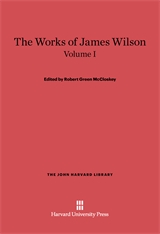 The Works of James Wilson, Volume I

James Wilson was one of the six men who signed both the Declaration of Independence and the Constitution, and his contribution to the deliberations of the Federal Convention was second only to James Madison’s. He was one of the original Justices of the Supreme Court and one of the nation’s first professors of law, and was widely regarded as the profoundest legal scholar of his generation.

In Robert McCloskey’s words, “The ideas of James Wilson more nearly foreshadowed the national future than those of any of his well-remembered contemporaries. No one of them—not Hamilton, or Jefferson, or Madison, or Adams, or Marshall—came so close to representing in his views what the United States was to become.” In view of his great contributions as a philosopher of law and a founder of the Republic, posterity’s almost total neglect of him is an enigma. This paradox is a central theme of Robert McCloskey’s extensive and penetrating analysis of Wilson’s thought, career, and character in the Introduction to this new edition of Wilson’s Works, reprinting in its entirety the original publication of 1804 to which have been added supplementary notes, a bibliographical glossary, and a full index.