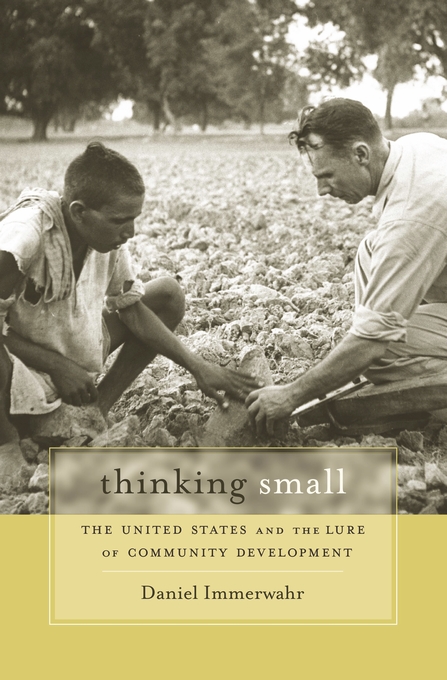 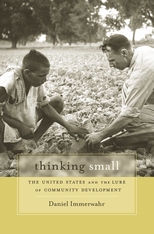 Thinking Small tells the story of how the United States sought to rescue the world from poverty through small-scale, community-based approaches. And it also sounds a warning: such strategies, now again in vogue, have been tried before, with often disastrous consequences.

It is common for historians to interpret the United States’ postwar development campaigns as ill-advised attempts to impose modernity upon poorer nations. The small-scale projects that are popular today mark a retreat from that top-down, heavy-handed approach. But Daniel Immerwahr shows that community-based development is nothing new: it has been present since the origins of international development practice, existing alongside—and sometimes at the heart of—grander schemes to modernize the global South. His transnational study follows a set of strange bedfellows—the Peace Corps and the CIA, Mohandas Gandhi and Ferdinand Marcos, antipoverty activists and Cold Warriors—united by their conviction that development should not be about engineers building dams but about communities shaping their own fates. The programs they designed covered hundreds of millions of people in some sixty countries, eventually making their way back to the United States itself during the War on Poverty.

Yet the hope that small communities might lift themselves up was often disappointed, as self-help gave way to crushing forms of local oppression. Thinking Small challenges those who hope to eradicate poverty to think twice about the risks as well as the benefits of community development.