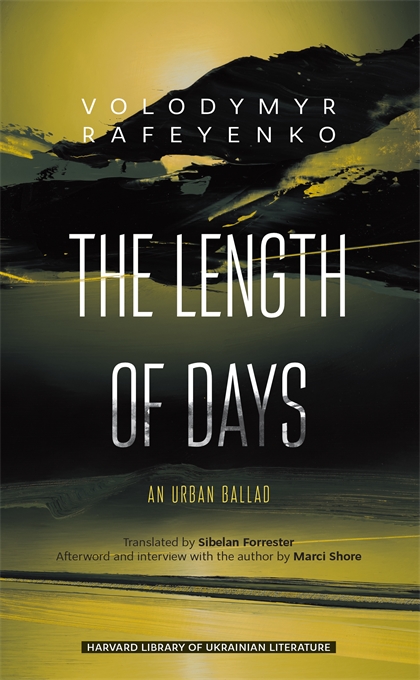 The Length of Days

The Length of Days features a wild cast of characters—Lithuanian, Russian, and Ukrainian—and cameo appearances by Rosa Luxemburg, Amy Winehouse, and others. Embedded narratives attributed to one character, an alcoholic chemist-turned-massage-therapist, broaden the reader’s view of the funny, ironic, or tragic lives of people who remained in the ill-fated Donbas after Russia’s initial aggression in 2014. Unexpected allies emerge to try to stop the war, as characters criticize Ukraine’s government at the time, its self-interest, and failures to support its citizens in the east.

With elements of magical realism, the work combines poetry and a wicked sense of humor with depth of political analysis, philosophy, and moral interrogation. Witty references to popular culture—Ukrainian and European—underline the international and transnational aspects of Ukrainian literature. The novel ends on a hopeful note even though by then the main characters have already died twice: they return with greater power each time.

As Volodymyr Rafeyenko’s last novel written originally in the Russian language, The Length of Days is a deeply Ukrainian work, set mostly in the composite Donbas city of Z—an uncanny foretelling of what this letter has come to symbolize since February 24, 2022, when Russia launched a full-scale invasion of Ukraine.