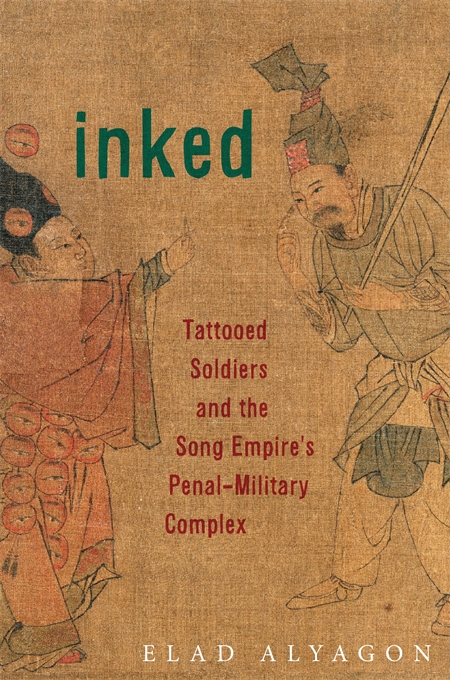 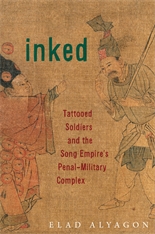 Inked is a social history of common soldiers of the Song dynasty, most of whom would have been recognized by their tattooed bodies. Overlooked in the historical record, tattoos were an indelible aspect of the Song world, and their ubiquity was tied to the rise of the penal–military complex, a vast system for social control, warfare, and labor.

Although much has been written about the institutional, strategic, and political aspects of the history of the Song and its military, this book is a first-of-its-kind investigation into the lives of the people who fought for the state. Elad Alyagon examines the army as a meeting place between marginalized social groups and elites. In the process, he shows the military to be a space where a new criminalized lower class was molded in a constant struggle between common soldiers and the agents of the Song state. For the millions of people caught in the orbit of this system—the tattooed soldiers, their families, and their neighbors—the Song period was no age of benevolence, but one of servitude, violence, and resistance. Inked is their story.