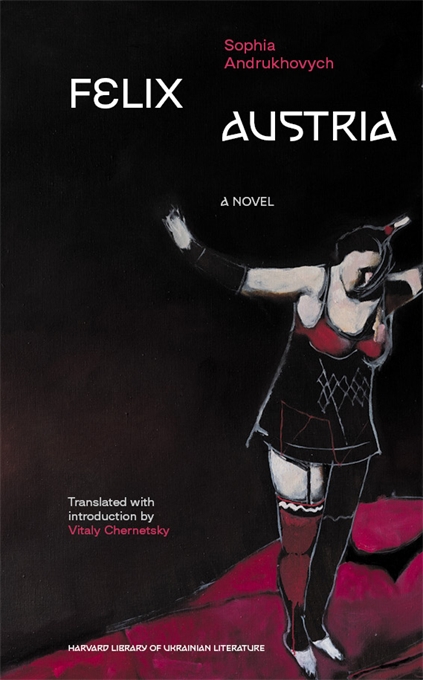 At the turn of the twentieth century, two young women find themselves in Stanyslaviv under Austro-Hungarian rule. Adela, the daughter of a wealthy German doctor, and Stefania, her orphan Ukrainian servant, could not be further apart socially and economically; but their fates intertwine in the cityscape of the late Habsburg Empire, densely inhabited by Ukrainians, Poles, Germans, and Jews for centuries. The intricate relationship between the two women—told by an unreliable narrator—unfolds against the backdrop of a rich ethnic, social, and cultural fabric that seems almost implausible to today’s reader who knows it to be irretrievably lost.

In Felix Austria, Sophia Andrukhovych uses techniques from Gothic literature to reconstruct with astonishing detail the atmosphere and the everyday life of Stanyslaviv. As if foreshadowing the wars to come and their devastation, the city’s population delights in earthly pleasures: extravagant dinner parties and receptions, mass celebrations, exotic theater performances, art exhibitions, glitzy shows of stars and starlets from near and far, local rituals of soap making, competition among fashionable dames, and much more. Felix Austria is a must-read for all those who seek to understand Ukraine’s deep ties with Western Europe and its struggle to break away from Russia’s orbit.