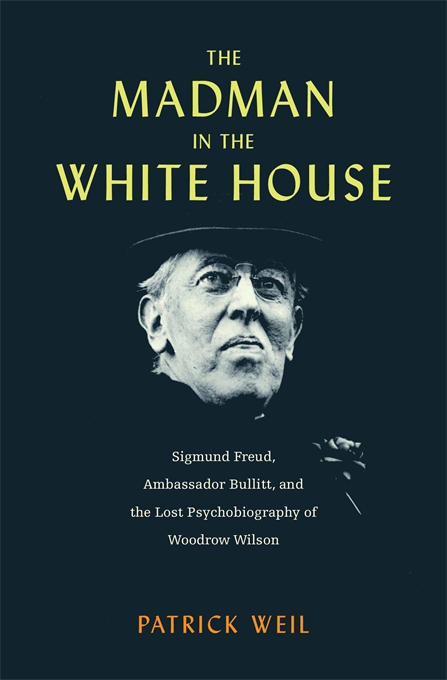 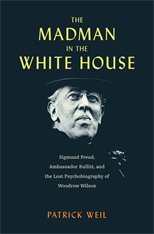 The Madman in the White House

“A rich study of the role of personal psychology in the shaping of the new global order after World War I. So long as so much political power is concentrated in one human mind, we are all at the mercy of the next madman in the White House.”—Gary J. Bass, author of The Blood Telegram

The notorious psychobiography of Woodrow Wilson, rediscovered nearly a century after it was written by Sigmund Freud and U.S. diplomat William C. Bullitt, sheds new light on how the mental health of a controversial American president shaped world events.

When the fate of millions rests on the decisions of a mentally compromised leader, what can one person do? Disillusioned by President Woodrow Wilson’s destructive and irrational handling of the 1919 Treaty of Versailles, a U.S. diplomat named William C. Bullitt asked this very question. With the help of his friend Sigmund Freud, Bullitt set out to write a psychological analysis of the president. He gathered material from personal archives and interviewed members of Wilson’s inner circle. In The Madman in the White House, Patrick Weil resurrects this forgotten portrait of an unbalanced president.

After two years of collaboration, Bullitt and Freud signed off on a manuscript in April 1932. But the book was not published until 1966, nearly thirty years after Freud’s death and only a year before Bullitt’s. The published edition was heavily redacted, and by the time it was released, the mystique of psychoanalysis had waned in popular culture and Wilson’s legacy was unassailable. The psychological study was panned by critics, and Freud’s descendants denied his involvement in the project.

For nearly a century, the mysterious, original Bullitt and Freud manuscript remained hidden from the public. Then in 2014, while browsing the archives of Yale University, Weil happened upon the text. Based on his reading of the 1932 manuscript, Weil examines the significance of Bullitt and Freud’s findings and offers a major reassessment of the notorious psychobiography. Weil also masterfully analyzes contemporary heads of state and warns of the global catastrophes that might be brought on by their unbalanced personalities.