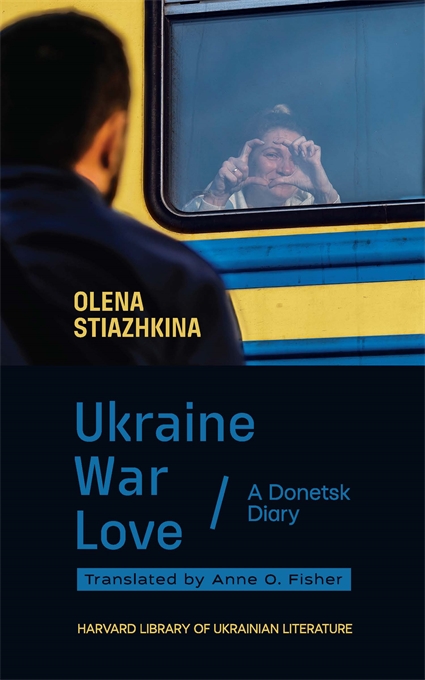 In Ukraine, War, Love, Olena Stiazhkina depicts day-to-day developments in and around her beloved hometown Donetsk during Russia’s 2014 invasion and occupation of the Ukrainian city. An award-winning fiction writer, Stiazhkina chronicles an increasingly harrowing series of events with sarcasm, anger, humor, and love.

The diary opens on March 2, 2014, as the first wave of pro-Russian protest washes over eastern Ukraine in the wake of Euromaidan, the Revolution of Dignity, and it closes on August 18, 2014, the day a convoy of civilian Ukrainian refugees is deliberately slaughtered by Russian forces. Early on, Stiazhkina is captured by pro-Russian forces while she browses for books but is freed when one of her captors turns out to be a former student. Vignettes from her personal life intermingle with current events, and she examines ordinary people in extraordinary circumstances. We walk with local dogs and their owners; we meet a formidable apartment building manager who shames occupiers and dismantles their artillery from the roof of her building; we follow a family evacuated to Kyiv whose young son builds checkpoints out of Legos. Olena Stiazhkina’s Ukraine, War, Love: A Donetsk Diary is a fierce love letter to her country, her city, and her people.