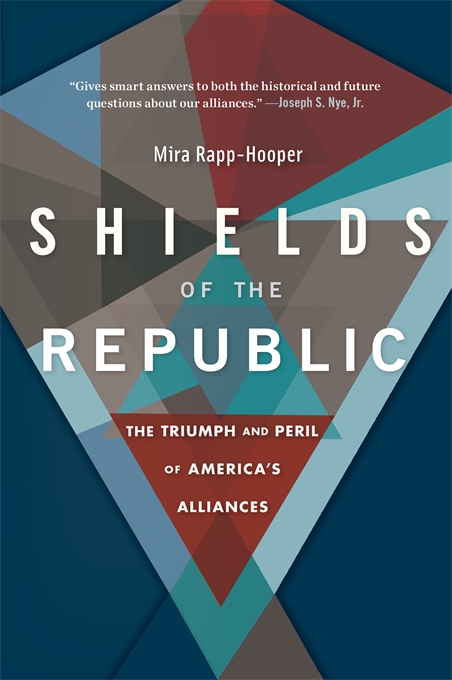 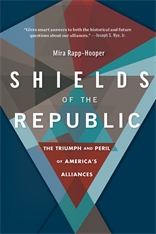 “Rapp-Hooper takes on directly and convincingly the Trumpian critique that alliances are not worth the investment and have led the nation to fight other people’s battles for them…Her deep erudition, crisp prose style, and innate brilliance shine through on most every page.”—Boston Review

“The threat of COVID-19 has bolstered her argument, making plain both the importance of the alliance system and the imperative to adapt alliances to new ends.”—Foreign Policy

“Argues persuasively that the complex alliance system instituted after the devastation of World War II has proven remarkably successful.”—Kirkus Reviews

Is America’s alliance system so quietly effective that politicians and voters fail to appreciate its importance in delivering the security they take for granted?

For the first century and a half of its existence, the United States had just one alliance—a valuable but highly controversial military arrangement with France. Largely out of deference to George Washington’s warnings against the dangers of “entangling alliances,” subsequent American presidents did not consider entering another until the Second World War. Then everything suddenly changed. Between 1948 and 1955, U.S. leaders extended defensive security guarantees to twenty-three countries in Europe and Asia. Seventy years later, the United States had allied with thirty-seven.

In Shields of the Republic, Mira Rapp-Hooper reveals the remarkable success of America’s unprecedented system of alliances. During the Cold War, a grand strategy focused on allied defense, deterrence, and assurance helped to keep the peace at far lower material and political costs than its critics allege. When the Soviet Union collapsed, however, the United States lost the adversary the system was designed to combat. Its alliances remained without a core strategic logic, leaving them newly vulnerable.

Today the alliance system is threatened from without and within. China and Russia seek to break America’s alliances through conflict and non-military erosion. Meanwhile, U.S. politicians and voters are increasingly skeptical of alliances’ costs and benefits and believe we may be better off without them. But what if the alliance system is a victim of its own quiet success? Rapp-Hooper argues that America’s national security requires alliances that deter and defend against military and non-military conflict alike. The alliance system is past due for a post–Cold War overhaul, but it remains critical to the country’s safety and prosperity in the 21st century.