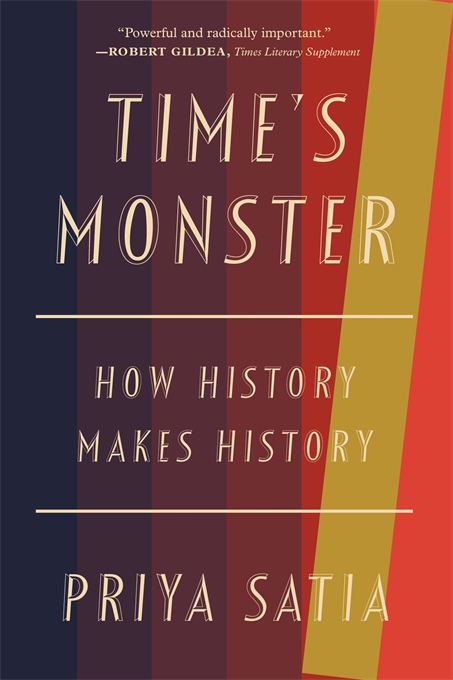 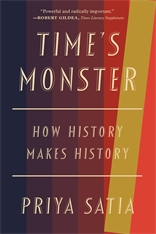 Not for sale in the UK, Commonwealth (ex Canada), South Asia, South Africa, and Middle East

“Bracingly describes the ways imperialist historiography has shaped visions of the future as much as the past.”—Pankaj Mishra, New York Review of Books

“An account of how the discipline of history has itself enabled the process of colonization…A coruscating and important reworking of the relationship between history, historians, and empire.”—Kenan Malik, The Guardian

An award-winning author reconsiders the role of historians in political debate.

For generations, British thinkers told the history of an empire whose story was still very much in the making. While they wrote of conquest, imperial rule in India, the Middle East, Africa, and the Caribbean was consolidated. While they described the development of imperial governance, rebellions were brutally crushed. As they reimagined empire during the two world wars, decolonization was compromised. Priya Satia shows how these historians not only interpreted the major political events of their time but also shaped the future that followed.

Satia makes clear that historical imagination played a significant role in the unfolding of empire. History emerged as a mode of ethics in the modern period, endowing historians from John Stuart Mill to Winston Churchill with outsized policymaking power. At key moments in Satia’s telling, we find Britons warding off guilty conscience by recourse to particular notions of history, especially those that spotlighted great men helpless before the will of Providence. Braided with this story is an account of alternative visions articulated by anticolonial thinkers such as William Blake, Mahatma Gandhi, and E. P. Thompson. By the mid-twentieth century, their approaches had reshaped the discipline of history and the ethics that came with it.

Time’s Monster demonstrates the dramatic consequences of writing history today as much as in the past. Against the backdrop of enduring global inequalities, debates about reparations, and the crisis in the humanities, Satia’s is an urgent moral voice.