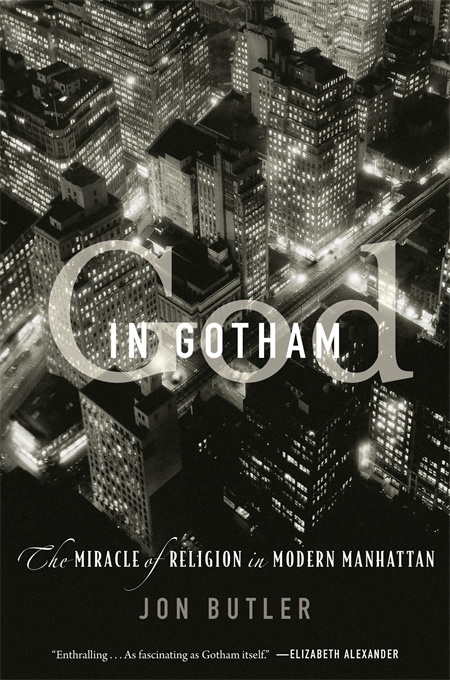 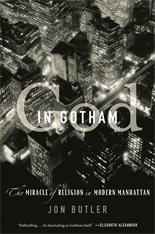 The Miracle of Religion in Modern Manhattan

Listen to Jon Butler discuss God in Gotham on the First Things Podcast:

“Are you there, God? It’s me, Manhattan…Butler…argues that far from being a Sodom on the Hudson, New York was a center of religious dynamism throughout the 20th century.”—Wall Street Journal

“What a pleasure it is to take a tour of Manhattan’s sacred past led by one of the nation’s preeminent religious historians.”—Christianity Today

“A masterwork by a master historian…God in Gotham should be an instant classic.”—Jonathan D. Sarna, author of American Judaism

A master historian traces the flourishing of organized religion in Manhattan between the 1880s and the 1960s, revealing how faith adapted and thrived in the supposed capital of American secularism.

In Gilded Age Manhattan, Catholic, Jewish, and Protestant leaders agonized over the fate of traditional religious practice amid chaotic and multiplying pluralism. Massive immigration, the anonymity of urban life, and modernity’s rationalism, bureaucratization, and professionalization seemingly eviscerated the sense of religious community.

Yet fears of religion’s demise were dramatically overblown. Jon Butler finds a spiritual hothouse in the supposed capital of American secularism. By the 1950s Manhattan was full of the sacred. Catholics, Jews, and Protestants peppered the borough with sanctuaries great and small. Manhattan became a center of religious publishing and broadcasting and was home to august spiritual reformers from Reinhold Niebuhr to Abraham Heschel, Dorothy Day, and Norman Vincent Peale. A host of white nontraditional groups met in midtown hotels, while black worshippers gathered in Harlem’s storefront churches. Though denied the ministry almost everywhere, women shaped the lived religion of congregations, founded missionary societies, and, in organizations such as the Zionist Hadassah, fused spirituality and political activism. And after 1945, when Manhattan’s young families rushed to New Jersey and Long Island’s booming suburbs, they recreated the religious institutions that had shaped their youth.

God in Gotham portrays a city where people of faith engaged modernity rather than foundered in it. Far from the world of “disenchantment” that sociologist Max Weber bemoaned, modern Manhattan actually birthed an urban spiritual landscape of unparalleled breadth, suggesting that modernity enabled rather than crippled religion in America well into the 1960s.