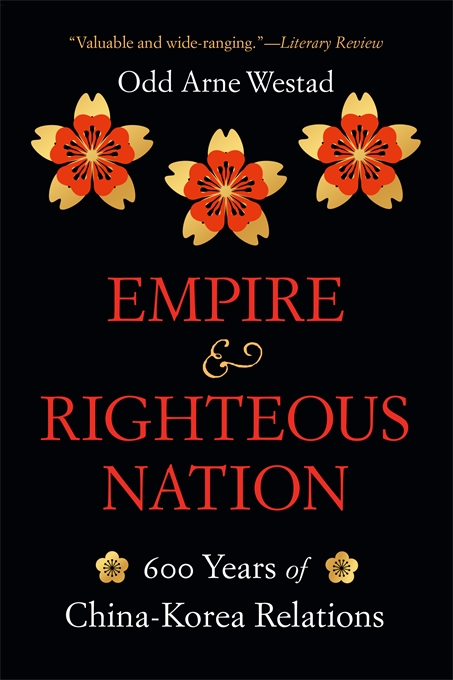 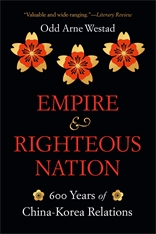 “The relationship between China and Korea is one of the most important, and least understood, in Asia. With the wisdom and clarity we have come to expect from Westad, this book illuminates the long history of these two neighbors.”—Rana Mitter, author of China’s Good War

“A timely must-read primer on the China–Korea relationship…and its impact on and implications for our world today.”—Carter J. Eckert, author of Park Chung Hee and Modern Korea

“Valuable and wide-ranging…As two thousand years of history have shown, China’s role in Korea is a complex one. Westad’s short and stimulating study provides many clues to understanding that relationship.”—J. E. Hoare, Literary Review

“An insightful and entertaining primer on Korean history over the last 600 years.”—Popular History Books

From an award-winning historian, a concise overview of the deep and longstanding ties between China and the Koreas, providing an essential foundation for understanding East Asian geopolitics today.

In a concise, trenchant overview, Odd Arne Westad explores the cultural and political relationship between China and the Koreas over the past 600 years.

Koreans long saw China as a mentor. The first form of written Korean employed Chinese characters and remained in administrative use until the twentieth century. Confucianism, especially Neo-Confucian reasoning about the state and its role in promoting a virtuous society, was central to the construction of the Korean government in the fourteenth century. These shared Confucian principles were expressed in fraternal terms, with China the older brother and Korea the younger. During the Ming Dynasty, mentor became protector, as Korea declared itself a vassal of China in hopes of escaping ruin at the hands of the Mongols. But the friendship eventually frayed with the encroachment of Western powers in the nineteenth century. Koreans began to reassess their position, especially as Qing China seemed no longer willing or able to stand up for Korea against either the Western powers or the rising military threat from Meiji Japan. The Sino–Korean relationship underwent further change over the next century as imperialism, nationalism, revolution, and war refashioned states and peoples throughout Asia. Westad describes the disastrous impact of the Korean War on international relations in the region and considers Sino–Korean interactions today, especially the thorny question of the reunification of the Korean peninsula.

Illuminating both the ties and the tensions that have characterized the China–Korea relationship, Empire and Righteous Nation provides a valuable foundation for understanding a critical geopolitical dynamic.