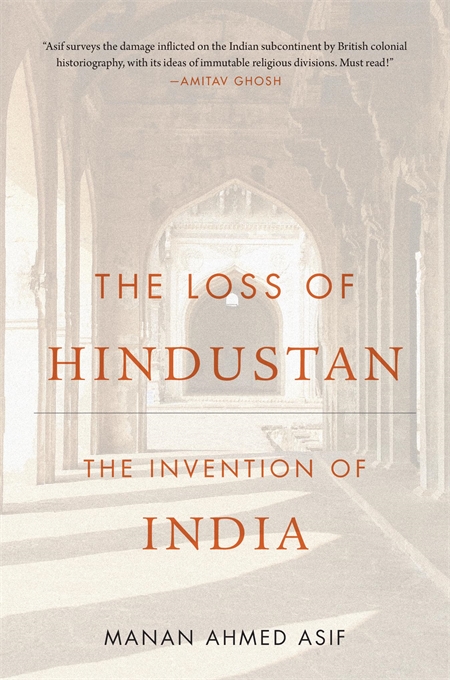 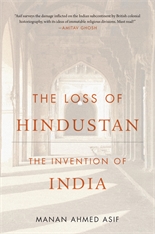 The Loss of Hindustan

The Invention of India

“Remarkable and pathbreaking…A radical rethink of colonial historiography and a compelling argument for the reassessment of the historical traditions of Hindustan.”—Mahmood Mamdani

“The brilliance of Asif’s book rests in the way he makes readers think about the name ‘Hindustan’…Asif’s focus is Indian history but it is, at the same time, a lens to look at questions far bigger.”—Soni Wadhwa, Asian Review of Books

“Remarkable…Asif’s analysis and conclusions are powerful and poignant.”—Rudrangshu Mukherjee, The Wire

“A tremendous contribution…This is not only a book that you must read, but also one that you must chew over and debate.”—Audrey Truschke, Current History

A field-changing history explains how the subcontinent lost its political identity as the home of all religions and emerged as India, the land of the Hindus.

Did South Asia have a shared regional identity prior to the arrival of Europeans in the late fifteenth century? This is a subject of heated debate in scholarly circles and contemporary political discourse. Manan Ahmed Asif argues that Pakistan, Bangladesh, and the Republic of India share a common political ancestry: they are all part of a region whose people understand themselves as Hindustani. Asif describes the idea of Hindustan, as reflected in the work of native historians from roughly 1000 CE to 1900 CE, and how that idea went missing.

This makes for a radical interpretation of how India came to its contemporary political identity. Asif argues that a European understanding of India as Hindu has replaced an earlier, native understanding of India as Hindustan, a home for all faiths. Turning to the subcontinent’s medieval past, Asif uncovers a rich network of historians of Hindustan who imagined, studied, and shaped their kings, cities, and societies. Asif closely examines the most complete idea of Hindustan, elaborated by the early seventeenth century Deccan historian Firishta. His monumental work, Tarikh-i Firishta, became a major source for European philosophers and historians, such as Voltaire, Kant, Hegel, and Gibbon during the eighteenth and nineteenth centuries. Yet Firishta’s notions of Hindustan were lost and replaced by a different idea of India that we inhabit today.

The Loss of Hindustan reveals the intellectual pathways that dispensed with multicultural Hindustan and created a religiously partitioned world of today.